For those not familiar, All Walls Must Fall is an isometric tactics game where the action happens to the pulsing beat of the music. You control time-traveling secret agents as they jump and loop through a single night in the city of Berlin. Using a pausable real-time system, carefully plan your decisions and use powerful time manipulation abilities to your advantage, as you carry out your mission in the shadows or in plain sight. Levels are procedurally recombined using a bespoke system developed by inbetweengames, giving All Walls Must Fall a highly replayable campaign structure, while still offering individually crafted components and set-pieces.

The story: The Cold War never ended. For 150 years, both sides have used time manipulation technology to observe and counter each other’s every move. Now this fragile state of affairs is approaching breaking point, as a rogue nuclear strike has been ordered that will send the world into turmoil. Both sides have scrambled to send agents back in time to find the person behind the order in the hope they might prevent it. If they fail, the whole world will turn to ash, forever.

Many stretch goals have been met, including:

“We’re totally overwhelmed by the support of our generous backers,” said Jan David Hassel, Designer at inbetweengames. “The Kickstarter went way over what any of us could have reasonably expected or hoped for. Now the real fun, not to mention hard work, begins as we deliver on the turning the Kickstarter into a reality. We’re totally committed to giving players the dopest, future soviet club experience possible.”

All Walls Must Fall is planned for initial release via Early Access on Steam. For more info on its Kickstarter campaign, further funding, and release info, visit the Kickstarter page. 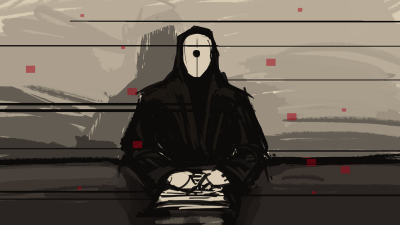