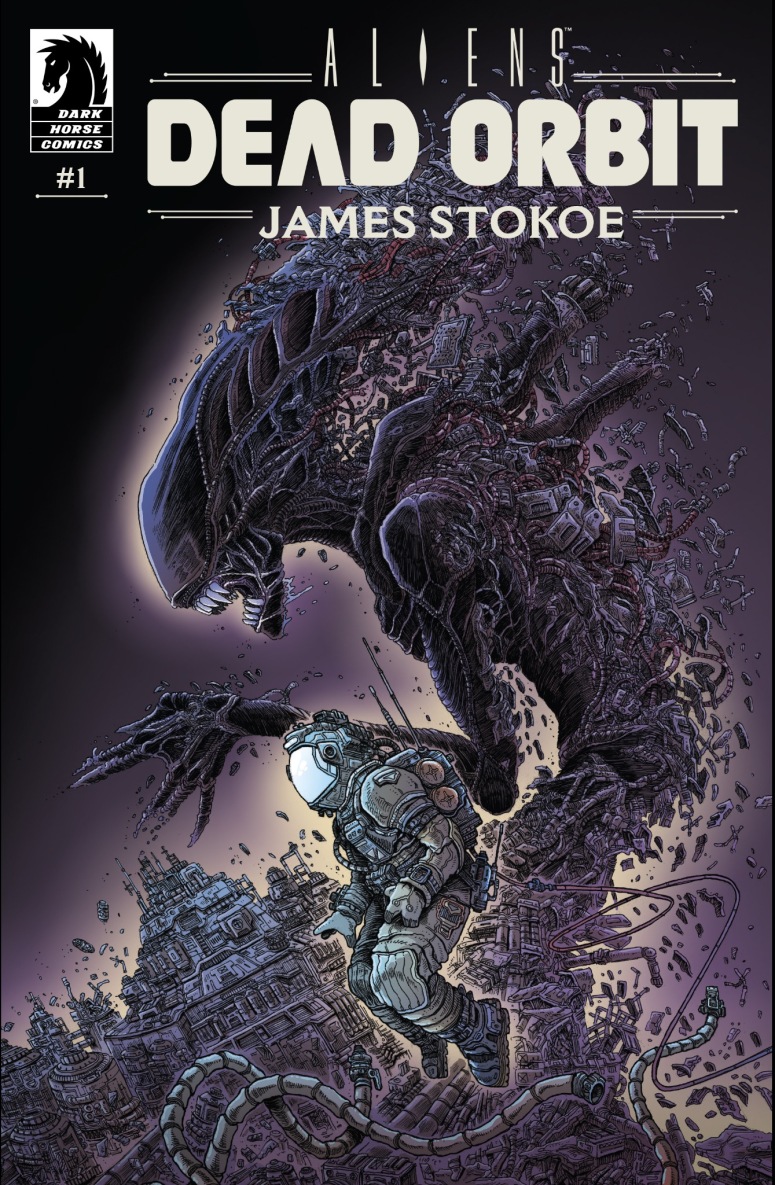 “After a horrific accident strikes a space station, an engineering officer must use all available tools—a timer, utility kit, and his wits—to survive an attack from the deadliest creature known to man.

I am a huge fan of James Stokoe’s work since Orc Stain. His work continued to astound and entertainment my eyes through Godzilla: Half Century War and Wonton Soup. Now, he is doing this Alien mini-series for Dark Horse, and there is new joy in my life. So, in picking up Dead Orbit, I am already excited to hell from looking at the cover. Amazing from there, with hints already of something different for the long-running franchise.

Reading forward, I am already lost in the art and how Stokoe integrates the storytelling in the visuals. The detail is incredible in setup, rich in sophistication and setting stage for a unique play that is based on a very familiar concept. The amount of work put into every console, corridor, tool, displays a forgotten futurism best remembered in old 90’s cyberpunk anime and early 80’s Heavy Metal comics. Adding to the detail, as some defining colors, setting the tone of this cold dead station against humanity’s light. 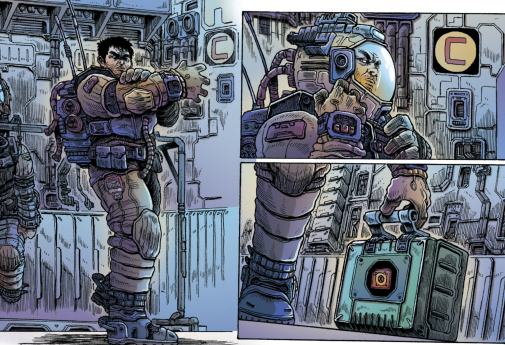 Meanwhile, we meet a different small crew closer to the original Alien movie than the soldiers of later films. They are a working class, but small but full of humanity for what they find on an old space station. Among them, a protagonist whose imagination is already ahead of him, while dealing with the isolation and dangers of space travel. As with most beginnings of these Alien tales, there takes the time to get to know the characters and situation, while slowly getting to the Xenomorph acid dripping action.

There are some a few great tense moments, especially this one. I like the lettering. 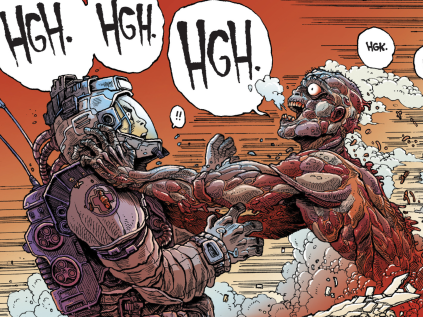 Seriously, this new series is a real treat for both Alien and sci-fi horror fans. Aliens: Dead Orbit a fun, scary visual treat that puts the best of James Stokoe’s visual storytelling forward. Put this on your new comics list!