As a fan of video games since the days of the original NES generations, news and previews of such have kept me engaged in the workings and developments of what’s to come, I have been following E3 for nearly 20 years now, attending often in the early 2000s. Eventually, much changed for the better with less of public emphasis on booth models and dumb PR stunts now. Though there are flashy lights and outrageous booth displays on the exhibit floor, it’s still a private-access expo that focuses on the promotion and elevation of digital games across all possible platforms.

I remain interested but not the most excited as I am for PAX and gaming events focused more on the players. This year at E3 however, is one for subtle changes and lessons learned in the industry, at least based on my observations of its coverage on various channels. Less tolerance for play-to-win mechanics, buggy releases, hardware gimmicks, have all effected forthcoming projects pushed by big companies. 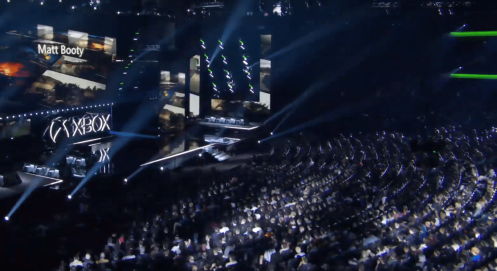 Again with the stage shows…

The most awaited of E3, are still the big announcements on large stages by the biggest companies. Sony (Playstation) and Microsoft (Xbox) still feel about the same, being of similar abilities, target audiences, and weird promises. Hey Microsoft, what the hell is Project Scarlett? I get that there’s a more powerful processor with higher SSD tech and can do more stuff, but it’s referred to as a “console experience.” It’s very vague, but I am far less impressed by graphics and colorful hyper-realism these days. Meanwhile the eventual PS5 will likely have similar impressions, but with news on its details just as vague this year.

Meanwhile, Nintendo wins the stage war with no need for a new console push. It’s got plenty for their dedicated fans with new revelations. You want video games with immersive gameplay, challenge, and deep internal world soon ready for exploration and adventure?!! Well, Nintendo has you covered with new announcements/previews for  a Zelda: Breath of the Wild sequel and remake of Link’s Awakening (!), new Pokemon games, Luigi Mansion 3 (!!), new DLC for Smash Bros Ultimate with Dragon Quest characters and Banjo Kazooie (!!!!)..pretty much all that you love about Nintendo with more of that added, feeling like a reward to its faithful fans. 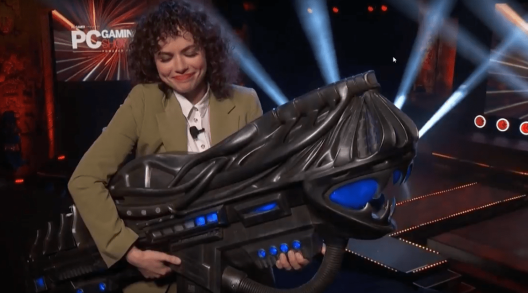 Are we impressed as we used to be with this E3 as we used to be? I suppose yes because that’s usually where we look to the video game industry’s best and brightest to lead us into the next generation of interactive entertainment with new announcements, new consoles, new peripherals, and whatever else is trending. But something feels wrong.

Pretty much all taking center stages with some great reactions, but powered by fans familiar with the franchises and brand recognition. Less originality new material on top announcements, and that’s a bit sad for what takes the big headlines.

But there are some hopes for what’s coming, with a little more on Hideo Kojima’s Death Stranding…a game a longtime in the making and probably worth it. But, still vague and puzzling towards the overall premise of what a “stranding” game is (according to Kojima). I look forward to whatever may come from this.

Cyberpunk 2077 is perhaps the biggest attention-getter, for its visual appeal and throwback to the old school vibes of gritty cyberpunk and future urban decay in a capitalist dystopian fever dream, now presenting Keanu Reeves in game and in person at e#. Smart move, given the man’s charisma and dedication to making any product he gets involved in a most worthwhile look. But again, appeals are made to our nostalgia for both Reeves and it’s style; not a bad thing but I will be sad if this game disappoints upon full release.

Meanwhile, there are some indie games by tiny companies, which I am excited about; especially platformers including Unexplored 2: The Wayfarer’s Legacy, Valfaris, Unto The End. I am pleased on advancements in development are being applied to the this never forgotten format, and look forward to artistic and creative thought being put forth. 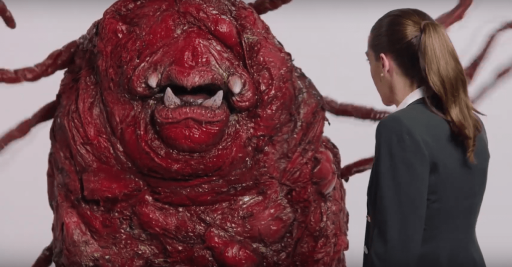 The E3 for now remains a mixed bag of repackaged nostalgia, corporate trends, an appeal to privileged folk to buy next-gen games. Whether this pays off will not be up to those investors and PR agencies involved in setting the show up, but the fans and creative minds who connect through the next round of gaming; which is previewed through E3. What happens next remains continuous.