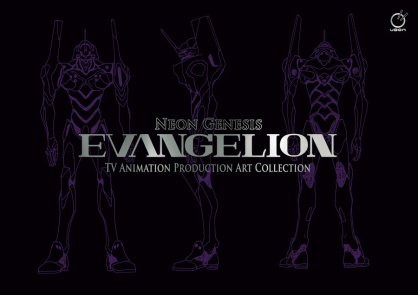 News from a recent release for Evangelion fans (myself included)…

Udon Entertainment recently announced a soon to be released hardcover release of Neon Genesis Evangelion TV animation Production Art Collection. Credited with revitalizing the anime industry, Neon Genesis Evangelion infused the genre with incredible depth and emotion, telling the story of a world on the brink of destruction and the teenagers that are tasked with saving mankind.

The Neon Genesis Evangelion TV animation Production Art Collection collects the making of one of anime’s most influential series in the ultimate compendium of behind the scenes and archival design sketches for the 1995 television series, as well as the 1997 theatrical release. Draft artwork of characters, mecha, weapons, vehicles, as well as interior and exterior locations, are supported by the original artists’ detailed design notes. The Neon Genesis Evangelion television series revolutionized anime with its groundbreaking animation, sophisticated storytelling, and dynamic mecha designs. This massive 432-page tome is a must-have for any fan of Neon Genesis Evangelion, animation production, and character design.

The Neon Genesis Evangelion TV animation Production Art Collection will be released in March 2019, with 432 pg, on an 11.75 x 8.25” hardcover, at a suggested retail price of $39.99 USD. Check your local comic store or retail book store for availability.