Unnatural is about an authoritarian government has a cheerful stranglehold on its citizens’ personal lives—in particular, how they love and whom they marry. But it seems there are some who resist…

Unnatural #5 arrives in comic stores on Wednesday, December 5th. #6 is scheduled for Wednesday, January 2nd. For those looking to read the series in its trade paperback format, Unnatural, Volume One: Awakening is in comic stores and better retail bookstores now. 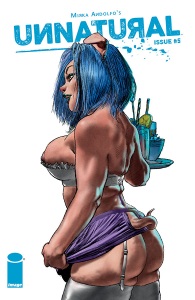 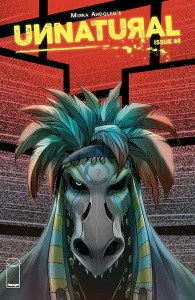 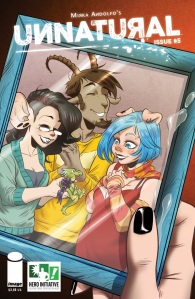