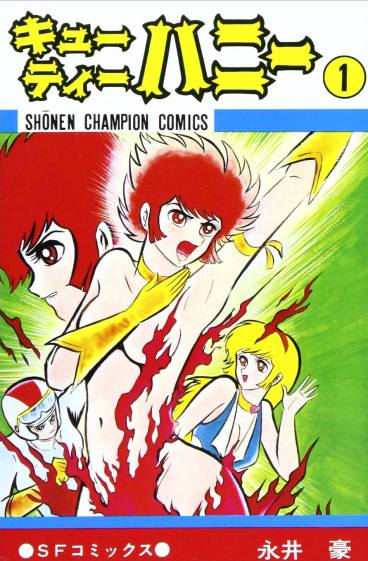 Seven Seas Entertainment recently acquired new rights to reprint the original Cutie Honey classic manga into one hardcover omnibus as Cutie Honey: The Classic Collection, set to release in the summer of 2018.

Cutie  Honey is the original magical transforming heroine from Japan, with a history going back to 1973. The original manga became an instant cult classic, leading to multiple TV shows and a live-action movie.

Cutie Honey is also the creative work of legendary manga cartoonist, Go Nagai. With a career spanning 50 years, Go Nagai created many immensely popular series including Devilman and Getter Robo, and Cutie Honey–his edgy magical girl aimed at boys–remains one of his most influential works to this day.

The North American release for Cutie Honey: The Classic Collection, in one complete hardcover, will flash on July 3, 2018, for $24.99 US.

CAPTAIN’s NOTE: I am a huge fan of Cutie (or Cutey) Honey from the various anime series of her. I am excited about the news of the manga. Soon, I hope the classic 70’s anime series will eventually see the light on local DVD and Blu-Ray releases.