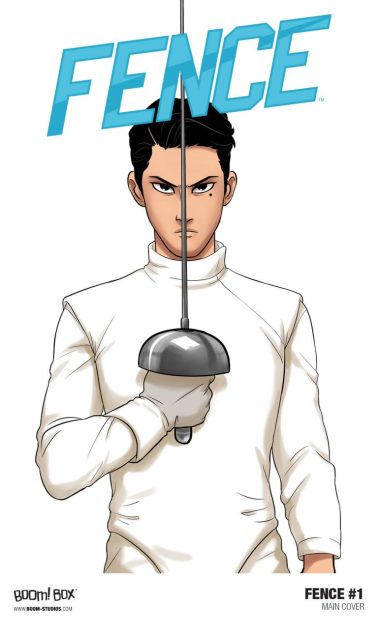 Fence brings together the worlds of teen soap opera with the adrenaline rush of competitive fencing, an exciting journey of self-discovery that challenges readers with one simple phrase: En garde!

“Fence follows the rise of sixteen-year-old outsider Nicholas in the world of competitive fencing, as he joins the team at an elite boys school,” says Pacat. “Readers will experience the world of fencing, its elegance and danger, and the high stakes of a combat sport. But most of all, Fence is about the characters—with intense rivalries, lifelong friendships, and the thrill of romance between teammates—a diverse cast and a story that is exuberantly queer.”

“Fence means the world to me,” says Johanna The Mad. “It has always been one of my biggest dreams to draw comics, but I never thought I’d be able to work on one that I’d end up fangirling about!”

“Johanna’s artwork captures everything that is hot, dangerous, and exciting about fencing,” adds Pacat.

ABOVE: Character concept art by Johanna the Mad

Fence #1 will have two different covers. The main cover is by Johanna The Mad. The variant is by artist Kevin Wada (Scarlet Witch). Rebecca Nalty will be the series colorist.

“Teen drama, pretty people, self-discovery, and the thrill of competitive sports? Fence is everything I love in one comic,” says Dafna Pleban, BOOM! Studios editor. “C.S Pacat and Johanna The Mad have created a truly special comic we can’t wait for people to read.” 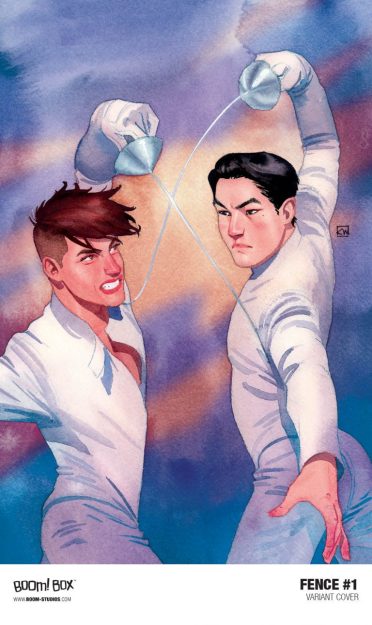