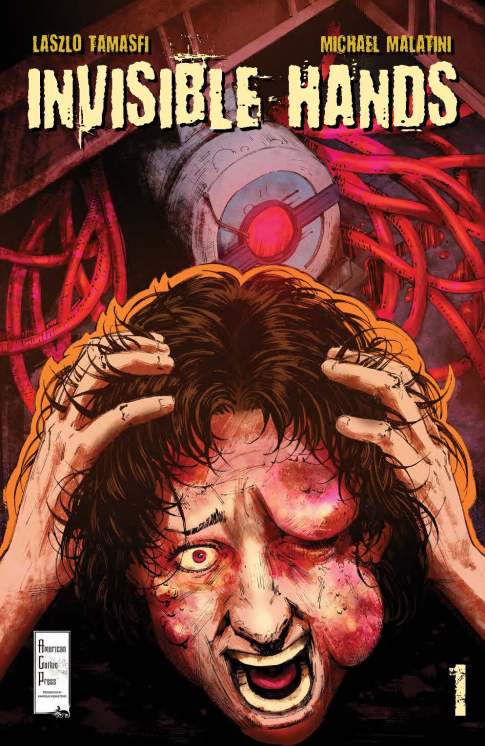 Winner of the best the Best Graphic Novel Script award at the 2016 Silver Scream Festival. Now published by American Gothic Press as a new mini-series. Also, a throwback to the pre-Comics code era of horror comics.

“Imagine: you’re working late at the hospital discussing recipes with a co-worker. You come into the possession of an x-ray that should be impossible, and the man whose head it supposedly depicts suddenly corners you, demanding your help. Around the same time, another patient’s head explodes. Are we having fun yet?“

Preview Pages (click on each for full-size image and slide options):

Special thanks to American Gothic Press Comics providing access to preview pages. You may follow them for more info and other great books on their official site americangothicpress.com.