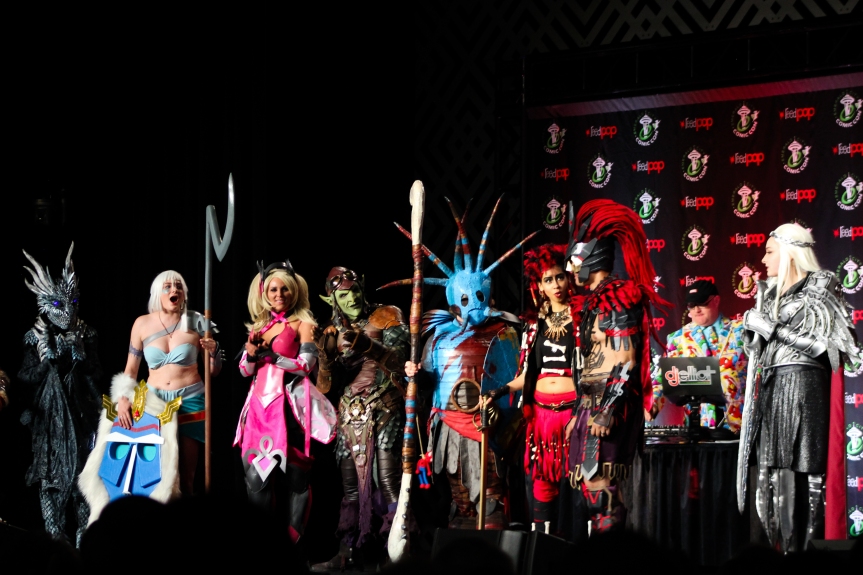 No modern-day pop-culture convention feels complete without the efficient cosplay dedication from many of its attendees. The 2019 Emerald City Comic Con in Seattle carried on that, with excellence!

However, those familiar with these events can expect no surprises in trends here. There were the usual Marvel and DC fanfare, with more influence from the movies and TV shows. Star Wars is usual, but didn’t catch my eye as much. Gamer cosplay attire continues to impress, as games like Overwatch and Fortnite have elaborate, challenging costume designs, putting their expert crafters to heavy work to achieve authenticity. I think the game designers in creating these characters, look forward to making its cosplay crafter fans really work for that authentic look.

Meanwhile, the main event for ECCC 2019, showcased as the Western Championships of Cosplay, featured many talent cosplayers on stage. Throughout the show, there was a focus on three categories – Needlework, Armor, and FX. Here is a complete video of that grand display…

So overall, an awesome impression everywhere at ECCC. I took some pictures of many costumes done from casual to expert level from fans walking around on and around the convention floor… 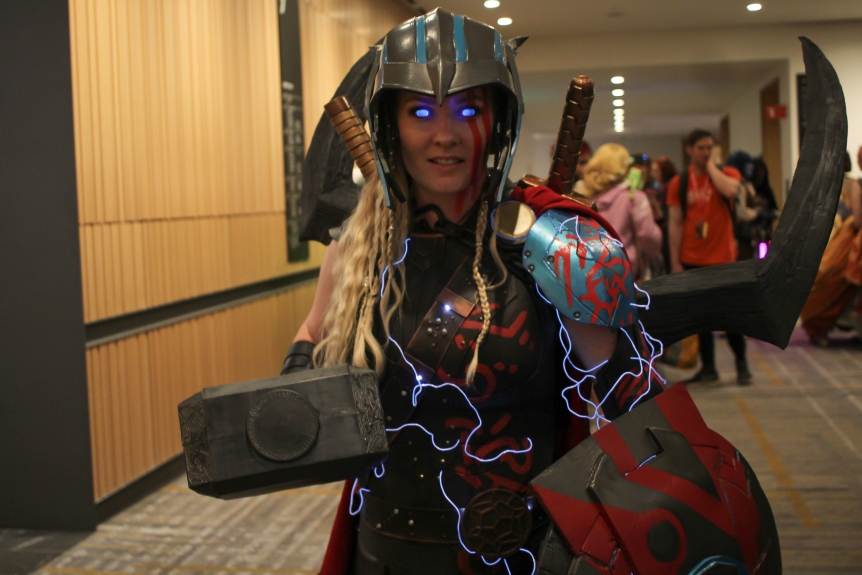 Zamesta as Mercy from the Doctor Who “The Next Doctor” Christmas episode with a fairy friend. 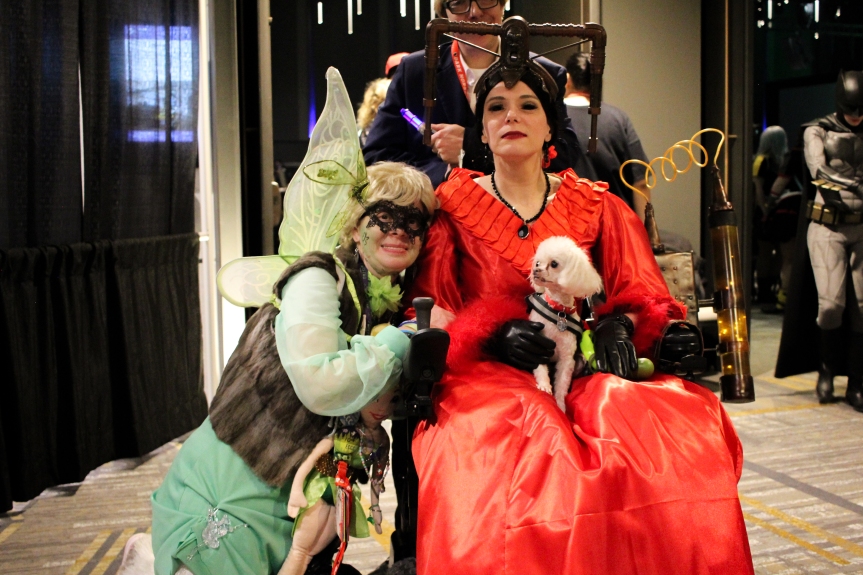 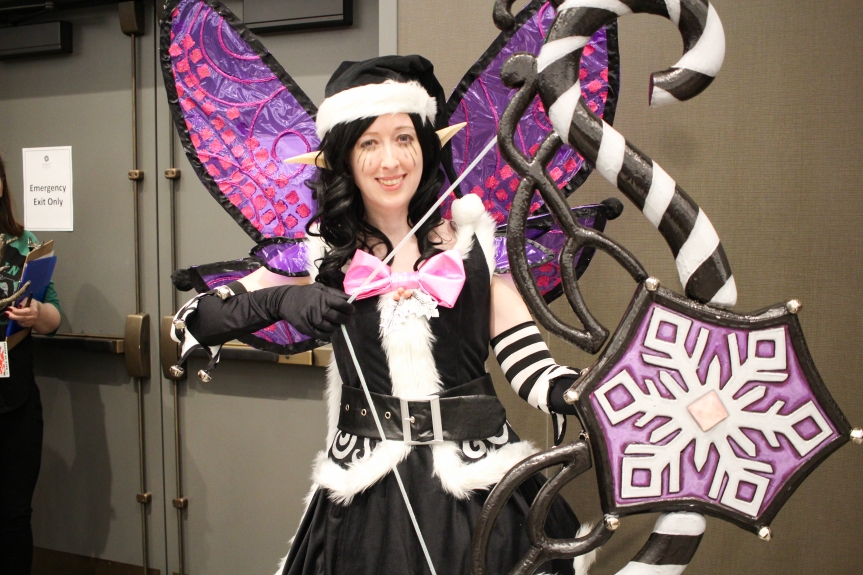 Alternate dark multiverse “The Man Who Laughs” Batman from the DC Comics.. 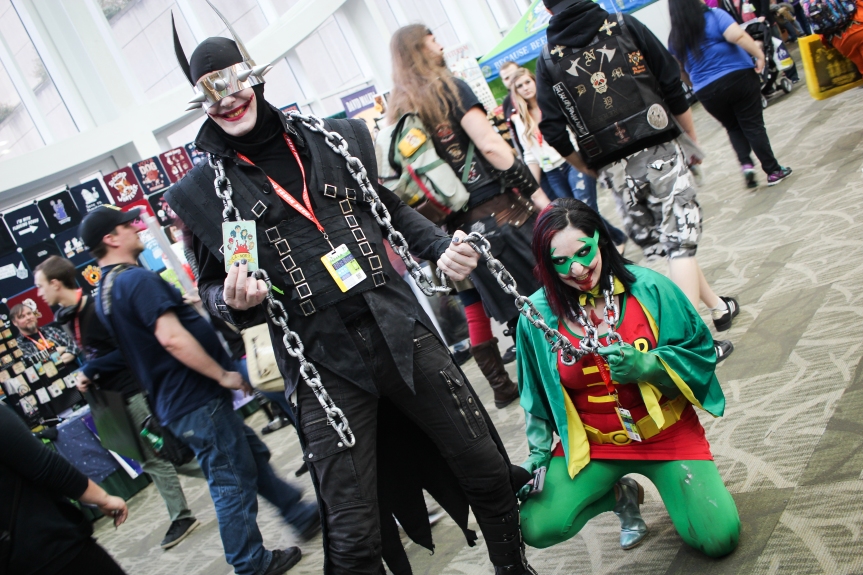 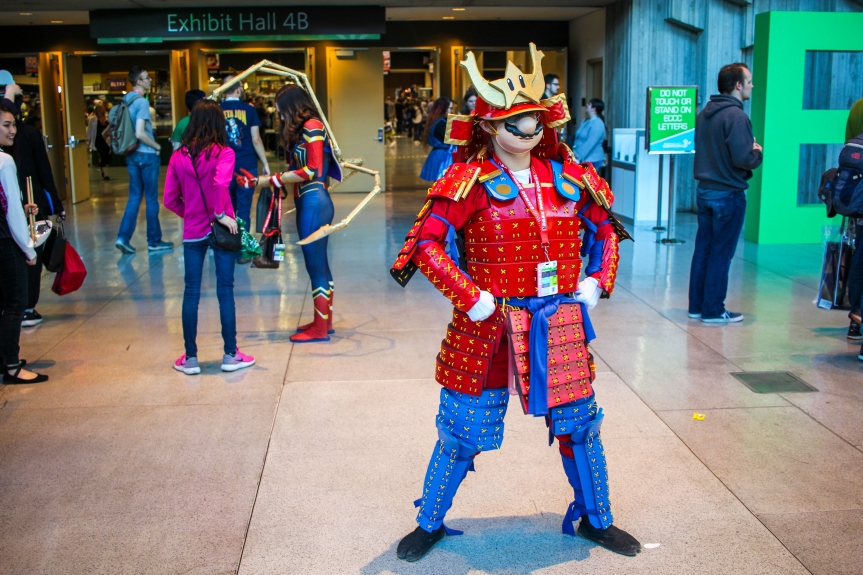 Feel the power of Hulkamania!, BROTHER!! 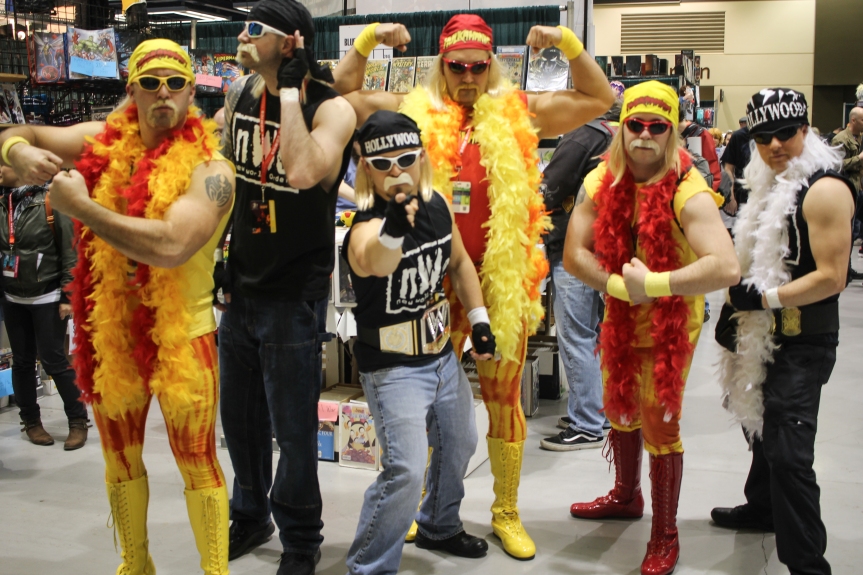 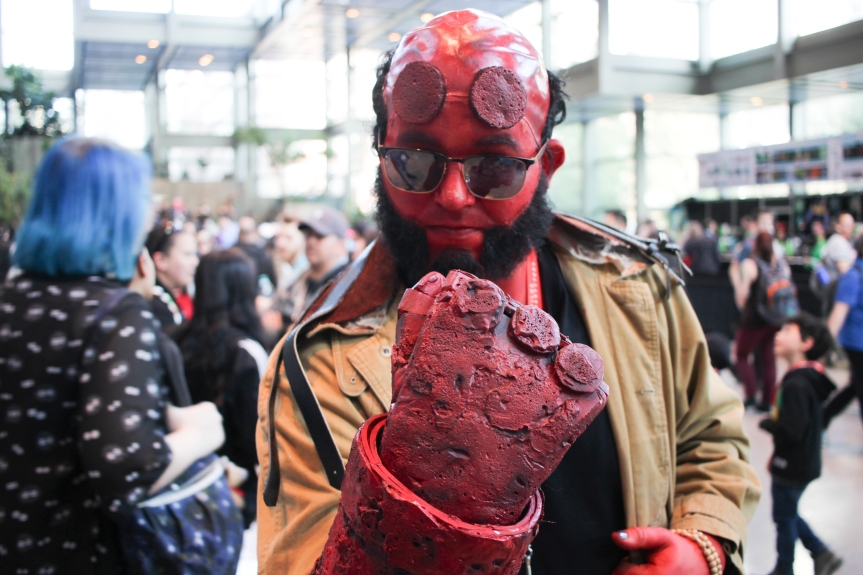 Not sure, but fits well with the St. Patricks Day spirit, which crossed over this weekend. 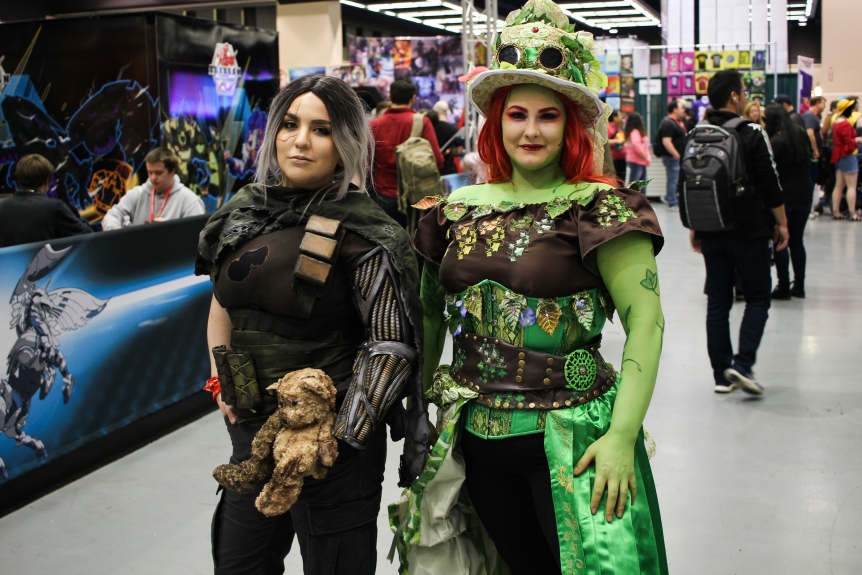 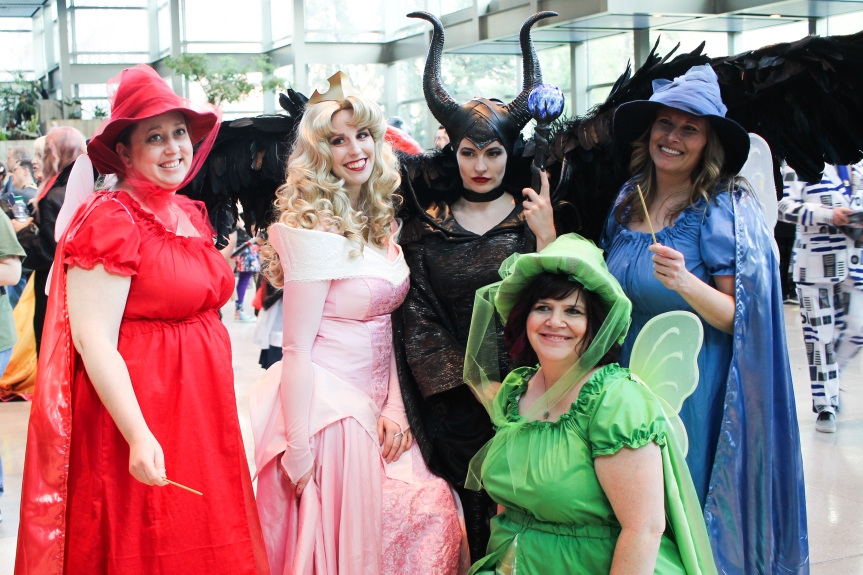 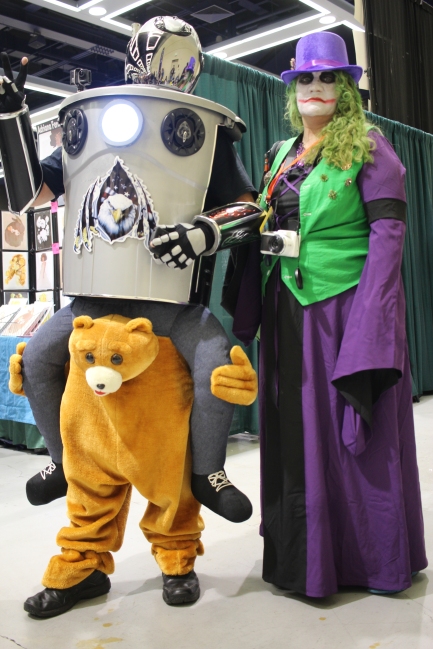 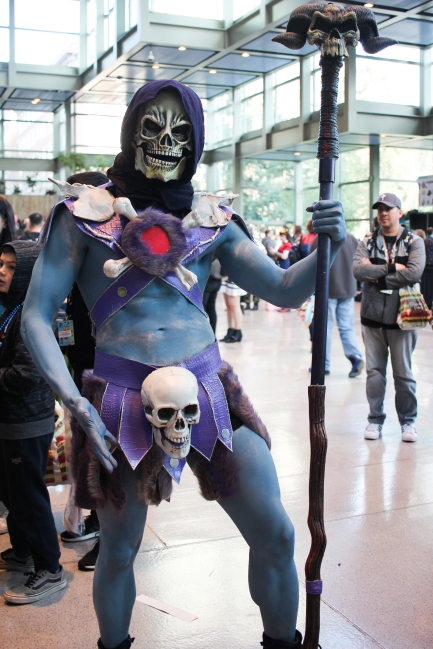 Monterrey Jack and Gadget of the Rescue Rangers! 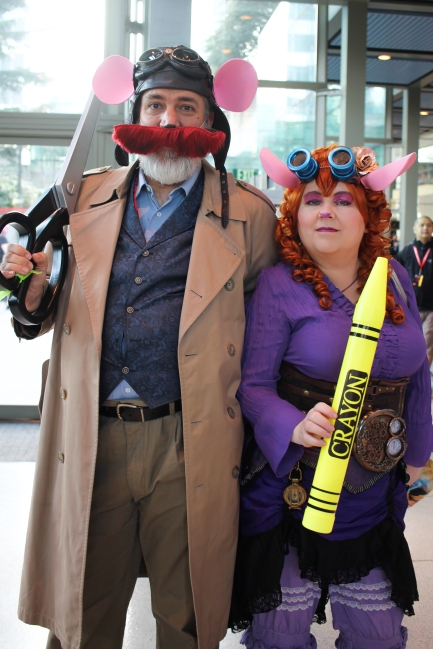 Milly Craft as Princess Celesta from My Little Pony. 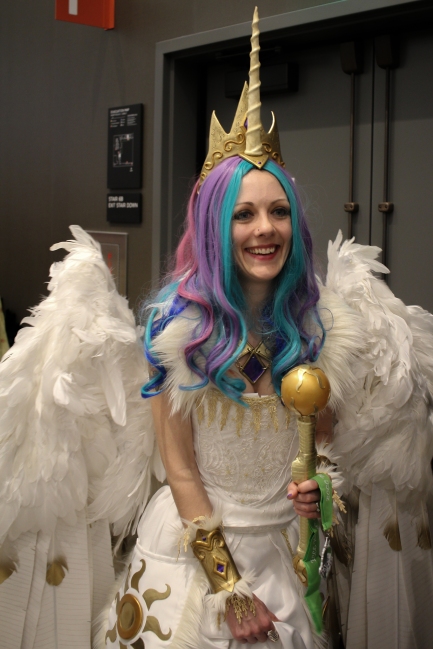 Ariel from Disney’s The Little Mermaid, I think. Costume had a cool glitter effect, which I could not quite capture here. That’s all for this ECCC show, with added applause to all cosplayers who attended, and added that extra touch that in the overall enjoyable Con experience!