Later this summer, Sheena, Queen of the Jungle will swing back into action with a new ongoing series.

Sheena, Queen of the Jungle, was the first female character in comics to carry her own dedicated series beginning in 1937. Created by industry legends Will Eisner and S. M. “Jerry” Iger, this groundbreaking character saw 167 issues over the span of two decades.

In this riveting relaunch, Sheena proves her prowess as the guardian of the jungle as she pursues a mysterious invader that has come to spy on the Amazon’s most ancient secrets. Following the path of the trespasser, she encounters a forbidden ruin in which even more deadly dangers lie in wait — and begins an adventure that will take her beyond her wildest imaginings!

SEE BELOW FOR PREVIEW AND COVER GALLERY

Writer Marguerite Bennett says, “Our story is glorious golden age pulp — high adventure, quick wit, ancient mysteries, and daring dames — clashing with the perils of two worlds: one, the modern world come to conquer, and one, a world of dark supernatural mystery long forgotten, awoken to anger once more. This is a fast paced, action packed kick off to more exciting adventures for Sheena!”

Co-writer Christina Trujillo adds, “Sheena is strong, brave, and willing to bend the rules in order to do her duty and keep her home safe. I think fans will enjoy having Sheena as a guide while they unravel the mysteries of the forest.” 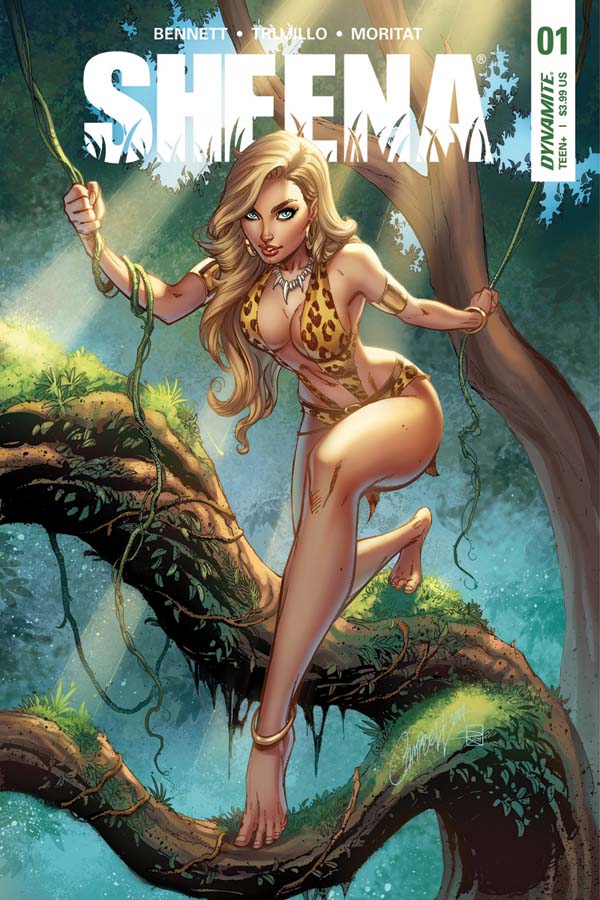 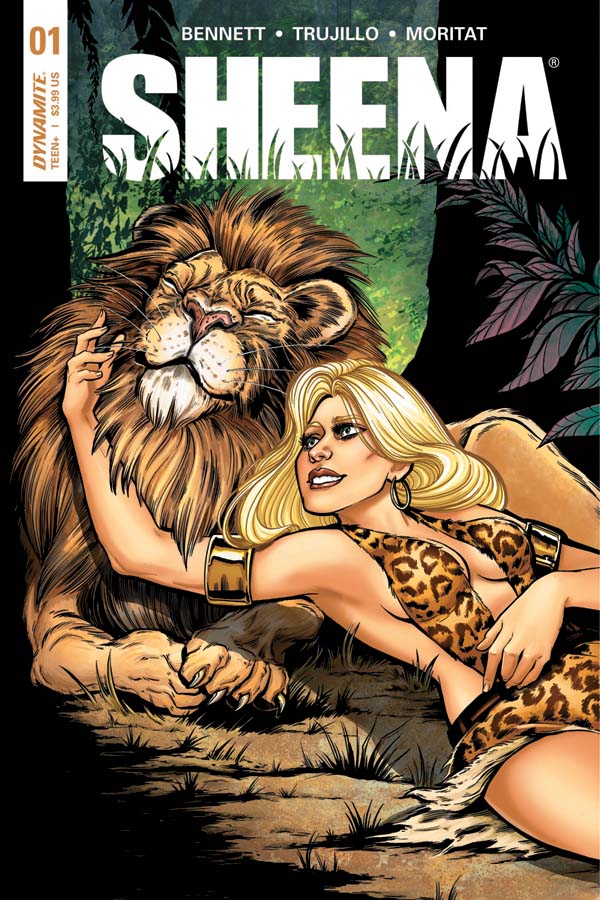 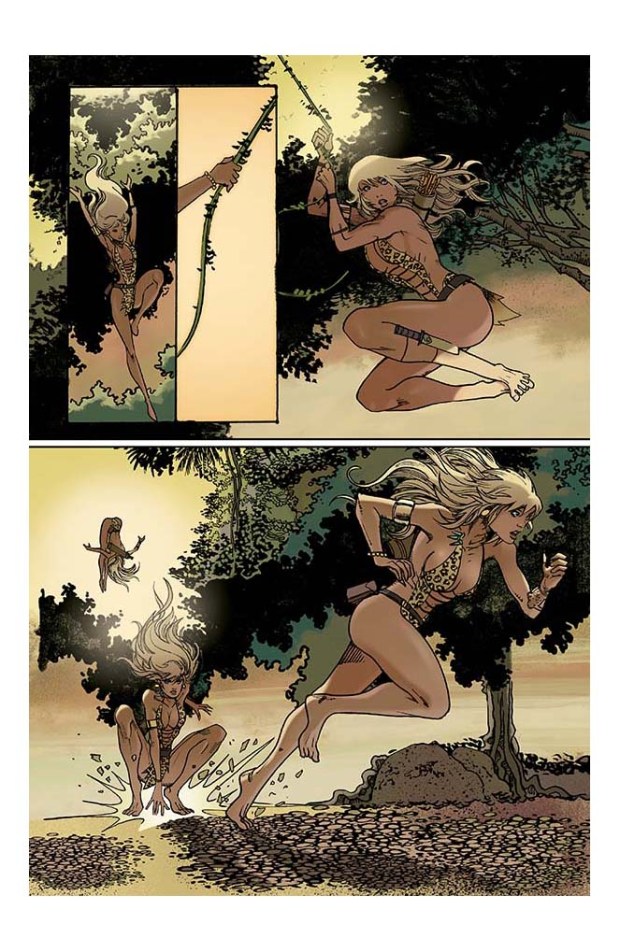 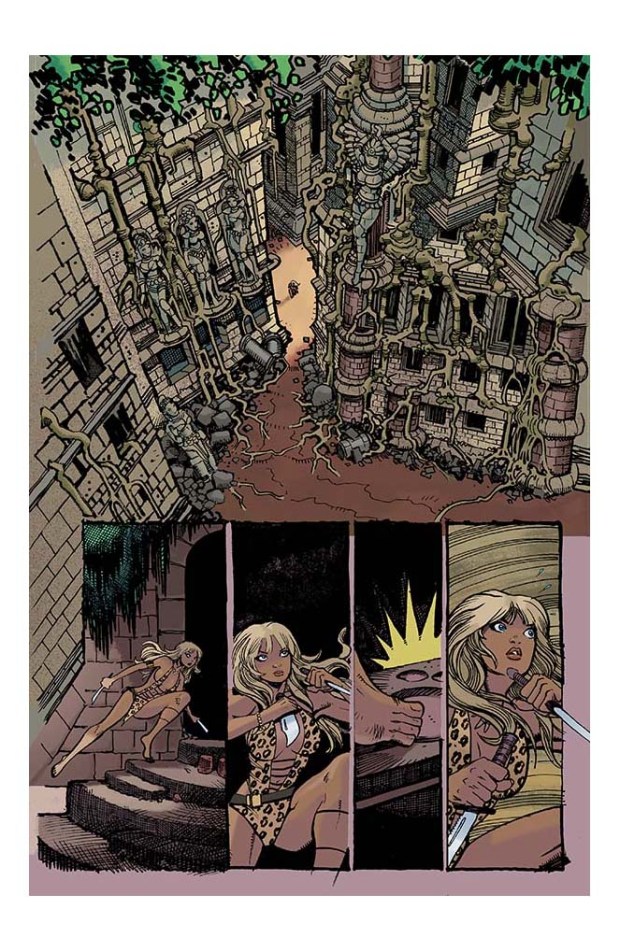