Some time has been lost and we have some catching up to get done. After a month of absence, I found myself needing to target my eyes upon some personal favorite titles (and maybe yours too). Now is the time to share my thoughts.

Below are my further notes on the following books, mostly released in mid-January (with minor spoilers). I plan to catch up, with further recent reads in the following weeks… 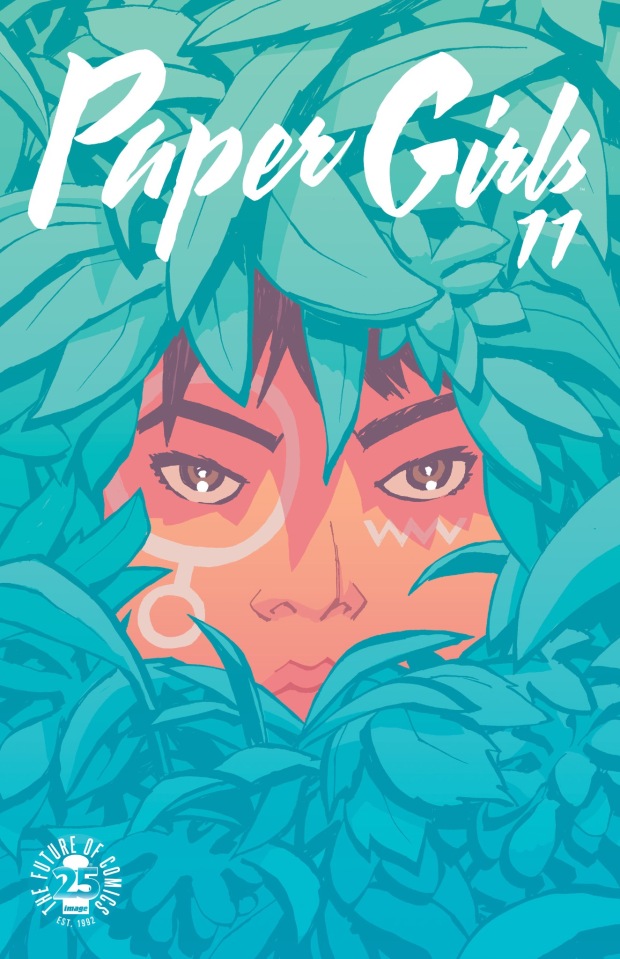 “The end of “The Flaw In All Things.” Karnak has it in his lethal hands to save humanity – or end it. And nobody knows what he’s going to do.”

The end to a very underrated mini-series. Warren Ellis is at his best when it comes to underused characters, and developing them with as much richness as any top-tier character, for development and establishing an identity for his characters. For Karnak, his quest is at an end, as he finds himself with the boy sought after from the beginning. The result is troubling to himself, the boy, and others. He is bothered with his own sense of morality, I think. In the end, we see he has found the flaw in himself. Though the last issue much delayed, I find the overall arc worthwhile. I just hope there will be more to Karnak, with perhaps Warren Ellis back in control of his mind, and power.

Many happy returns for this fan (and personal) favorite. Also, a bit of a reunification and on to a new displacement. Where or when are they now? I doubt for any solid answers, as we find this story likes to take its time. We meet a couple new characters, one a native and the other not-so-native. Where all this goes, we shall see. But for much of the issue, we get some character bonding between 3/4 of the gals in a good old-fashioned campfire moment. Such is calm, not quite realizing that Mac is in some potential danger. Such feels troubling, for not being paranoid enough in a strange land, time, possibly dimension. The art is distinct as usual, bringing additional mood with each establishing shade and defined stroke.

“While Bedrock’s new mayor, Clod the Destroyer, goes to war against the Lizard People, Betty and Wilma decide to take a vacation in the country to visit something called a “farm.” With the women gone, Fred and Barney are left to face the greatest threat of all…their teenagers!”

Another fantastic issue filled with brilliant social satire and brilliant characterization. We also catch a more of Fred Flintstone’s assertiveness as the moral compass and everyman of the Bedrock town, defining man’s proud nature in service to women and children. But what really got to me, was Wilma’s back story as a runaway teen avoiding her being traded away for goats between two men. The heartbreak is with her mother, who feels for her daughter having a life of her own. The later reunification is sweet, and joyful, especially toward the end where the mother sees how her daughter as happy, with a wonderful family of her own. And, she appreciates the passion in Wilma, through her art. It’s an emotional issue, that still retains its humor and light-heartedness.

“END OF STORY ARC: “THE WAR FOR PHANG,” The Epic Conclusion! Hell is war, as Hazel and her family learn the hardest way.”

Finally the end of the seemingly lengthy war for Phang, which didn’t focus much on the details of winners and losers. You just need to know, that losses are heavy and hurt the ones less deserved of such pain and suffering. This issue is a very sad issue, of which is so much of an emotional twist, that some pages are blank; leaving the reader to process the sadness of death on a small and grand scale. Such is sad, and a continuing theme I have felt since the beginning; of the troubling effects of widespread violent conflict.  What will this mean for Hazel and her surviving family? Hopefully, a rewarding both in the long run with more than this climatic depression.

““The Animals thought, spoke and took revenge. The dust has settled and the blood has dried, but a new force is rising in the West, ready to help Animal-kind seize power in the dark new world to come…” Spinning out from Marguerite Bennett’s hit new series ANIMOSITY is this special one-shot, illustrated by AMERICAN MONSTER’s very own Juan Doe! Witness the devastating effects of “The Wake” and how it affected other parts of the world on that terrifying day!”

A nice entry into volume two that somehow makes a good jumping on point also, though it would be best to pick up the first volume. Here, continues the dark violent new human sides of nature, yet with wider implications of a sinister direction. Also, some developments on how the revolution started and an interesting anti-hero wolf creature with plans to up the dark science into something even more ridiculous. The art is awesome, with much dashes of dark humor mixed in with apocalyptic overtones.

“Boone is investigating a murder mystery in another dimension. The Blaze was a great hero of the Ether, sworn protector of the weak. Her murder was an attack on the Ether itself. As Boone hunts for clues to solve the crime, he makes powerful enemies and unexpected allies.”

A great third issue, though feeling deeper in its own unique world. There is a uniqueness to Ether, more from Matt Kindt’s writing, though I enjoy the visuals. The settings, creatures, bizarre situations feel like an escape as our main hero takes the reader along. As after a Golem encounter, Boone and Glum end up in the Faerie Kingdom, a land of fresh odd visualizations for the eyes to get carried away with. After a troubling meeting, there is a sudden flash to the past; leaving the reader to ponder the meaning of it all and expecting answers soon. The structure of the story and style is different, intriguing; and for that, I shall look forward to seeing the story unfold.

That’s all until next time. Did we miss any worthwhile reads on the latest shelves?  Do you have further thoughts on the books covered here? Leave a comment below!