From last week, continuing on from favorites with a couple new flavors being sampled. Below, are my further notes on the following books for the week (with minor spoilers)… 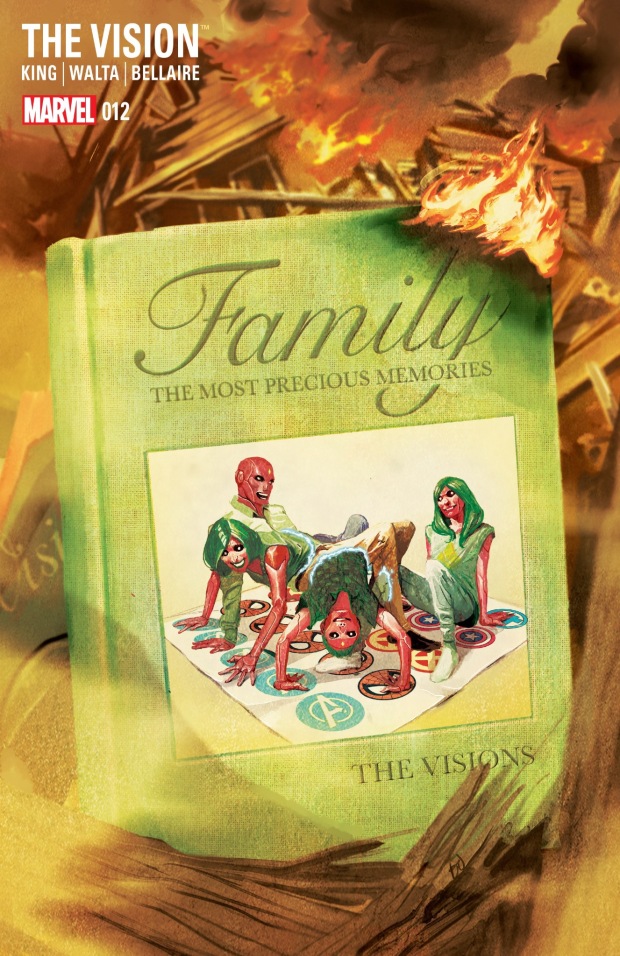 “Ever since hard-drinking local Woodhaven police officer Lou Garou had a late-night bender and stumbled onto dark magic, his life has been turned upside down. Now he moonlights as WolfCop, a rage-fueled, bourbon-swilling, magnum-toting, rabid warrior for justice!”

I never quite delved into the cult movie of recent years, for which this is based upon. But I like the title and concept, so why not? The issue itself is a good introduction to the WolfCop and the world he lives in, seemingly a violent unsafe troubling setting with vicious biker gangs and monsters lurking about. Here, the WolfCop is not so much a cop, but more a wolfman with some need for justice in saving others and ripping his claws into the evil bastards out there. The art is good, though a bit violent and bloodletting. The issue gets a bit gruesome, but still entertaining. Is it as good as the cult movie that inspired it? Perhaps, I should watch the movie and find out. I am now intrigued enough, which is a rarity for a comic to do such a thing.

“New allies join the battle, but so do deadly new enemies. I love the opening with the little furry.”

Saga is now more unsafe than usual, and that’s saying something. Izabel is gone, and that raises Hazel’s character a bit more, as she is affected by her tragic death in more than one way. Also interesting is the opening, where a stray weapon is found by two furry younglings (names and race escape me for now). There some irony in how they almost hurt each other in their tinkering, or nearly killing Alana by setting it off. This reminds me much of Izabel, and how she lost her legs and ended up an apparition, by stepping on a landmine. I think both are subtle ways in bringing back the real-life horrors of children in war zones, and the unintentional dangers they face. Anyway, The March is a real bastard, but in his latest murder, I was hoping we could also learn..how do the Robots drink?

“A while ago, a robot created a family. And all was good. For a while. Then came the murders. The lies. The betrayals. The battles fought. The battles lost. The family lost. And now, at the end, Vision stands alone. He must decide how he will go on if he will go on, if he can go on. And that decision will shape the Marvel Universe for quite a while. The epic, stunning conclusion to the most highly praised series of the year. Simply put, this is the issue everyone will be talking about.”

The end to a most excellent run by Tom King and Gabriel Hernandez Walta. The ending is bittersweet, as the Vision talks with his created daughter and wife. Such is a deep and very emotional, especially with the art and dialogue. The presentation is part confessional, part exposition; much from the point of view of Virginia, who had her good intentions but falls ever deeper down as she carries all that went down with Vision’s attempt at a normalcy to its end. The moment develops Vision, far more than the decades before in the many Marvel Comics appeared in. The overall finish feels bittersweet, yet beautiful for the long emotional tale of robots and life.

“”The Infinite All-In” Norrin and Dawn are back out in space and back in trouble! While at the universe’s slickest space casino, the Silver Surfer may be gambling away more than he thinks. The stakes have never been this cosmic!”

This series continues with the unique art stylings of Mike Allred and the continued story of Silver Surfer with his Earthgirl companion. The issue brings us back to the stars with new worlds and a hidden part of reality where a cosmic casino exists. Some wacky shenanigans ensue as Surfer and Dawn gamble much and lose horribly. The best way out is for Surfer to use his wits, not the Power Cosmic. The issue has much for what makes the Silver Surfer a great character over the years; his naivete to the grander scale of things, his taken responsibility for misjudged actions, and his personal thrill for new experiences though the risks are high. It’s an overall great issue and feels apart from the current Marvel Universe stage recovering from crossovers and cosmic melodramas. That’s a good thing.

“Second-to-last-issue! One for the road.”

The second to the last issue, with more tragic news for our favorite Cibopath. With more death, ranging from personal and tragic, to a wide-range and ridiculous; we find much coming together for the cursed life of Tony Chu. I am not sure why his creators would create such a series to bring along such a torturous life to starring character. I see little in how much of the current situation can be resolved to a high positive degree in the final issue ahead. The issue itself is a bit depressing, almost. The art and crazy over the top design of the worldbuilding at this point, still brings a smile for anyone who has engrossed themselves in it all, thus far. The time will be goodbye, but I wonder what tears will be left for the main character?

“The Bug, one of Earth’s greatest heroes has been brutally murdered and his butchered body has been left for the world to see. Detective Marquez has been assigned to investigate but is forced to drop the case by Captain Power and the other superheroes. They believe that the investigation into the death of one of their own should be conducted by them and is too dangerous for the police. Marquez, however, has sworn to ‘serve and protect.’ She feels the heroes are out of their depth and therefore must fight against them to protect them.”

A new series of a super-hero world, where the situation brings a new set of heroes that are somewhat familiar parallels to the ones we already know. Though not so much centered around them, we have much in the points of view of the detectives checking out a most grisly scene of a super-hero brutally murdered. The strange angles used in the art and excessive exposition distract greatly for me to feel too engrossed into the story. Perhaps the shock and overall lack of empathy by the cast has made me feel a bit distanced. I may come back to this series as a trade paperback if collected, if others can review it better than I, in a more positive light.

That’s all until next time. Did we miss any worthwhile reads on the latest shelves?  Do you have further thoughts on the books covered here? Leave a comment below!