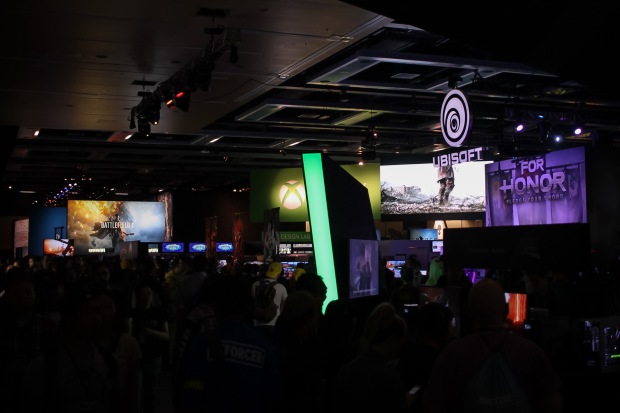 Formerly known as PAX Prime, the original Penny Arcade Expo in Seattle held its own for another year for the video gaming and tabletop gaming communities. For the digital forefront, definite trends showed well in the big rooms; with a rise in live-streaming channels, virtual reality (VR) tech, open-world games, and e-sports competitions. Final Fantasy XV, the new Warcraft expansion, ARK: Survival Evolved, Earthfall, Hob stood out as the most heavily promoted. Among fans, games held their own presence with little developer support with ever-present cosplay and fan cheer; such includes but not limited to are Overwatch, League of Legends, Pokémon Go, Street Fighter, past Final Fantasy games, and anything Nintendo franchise-based.

The physical tabletop realms were not as loud but just as colorful with their own trends in party-based card games. Cards Against Humanity, Exploding Kittens, Pathfinder, Dungeons & Dragons, Magic the Gathering had rooms and whole areas. Many newcomers fresh off their Kickstarters were easily accessible, but not as visible in the basement ACT Theater and Floor 6 areas. Everywhere, willing players can spend time meeting new friends while discovering new games to play. Merchants selling games and gaming paraphernalia were also present.

Below, are my choice moments of the 2016 PAX west show, captured in time with a little blurb on each:

The best booth of the show is definitely the one promoting ARK: Survival Evolved, where attendees may go up a staircase and mount a large dinosaur. 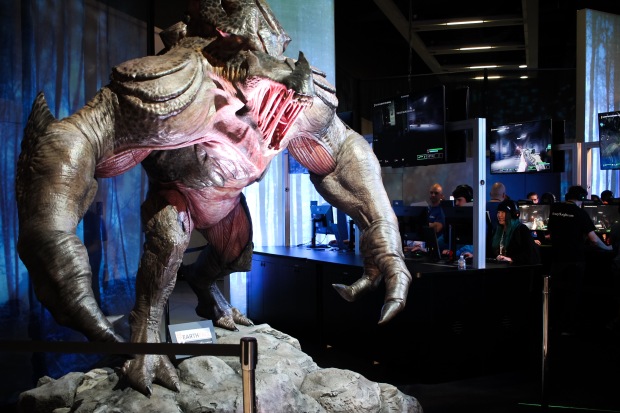 The Nintendo handheld booth moved for this year, now in the indoors area.. 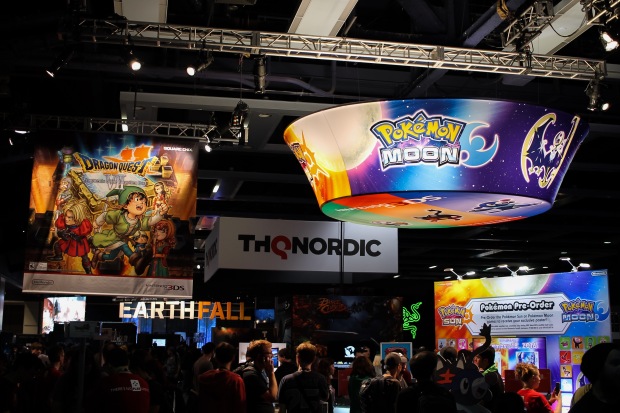 A couple of cosplay promoters at the Puzzles and Dragons booth.

The Bandai-Namco booth greeted fans with a cool group of Tekken cosplayers.

Dungeon League, by Surprise Attack, got much attention at their booth. I like the pretty colors..

Mekazoo, a fantastic looking side-scroller still in development but playable here. I look forward to its eventual release. 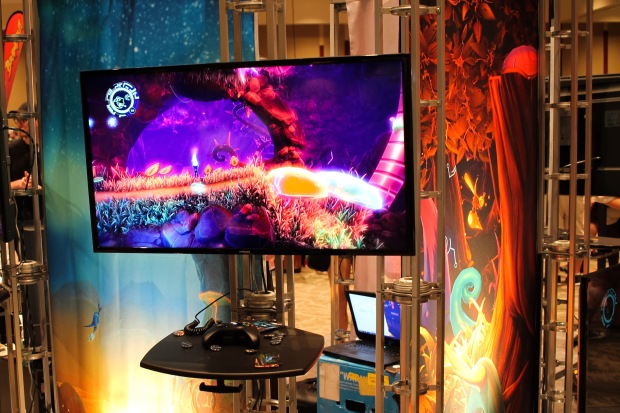 A giant skull with screens on its shades. Love it!

The upcoming South Park: Fractured but Whole game, presented here with the Nosulous Rift device, which is capable of emitting fart smells into the nostrils of its players. Yup, technology has come a long way! 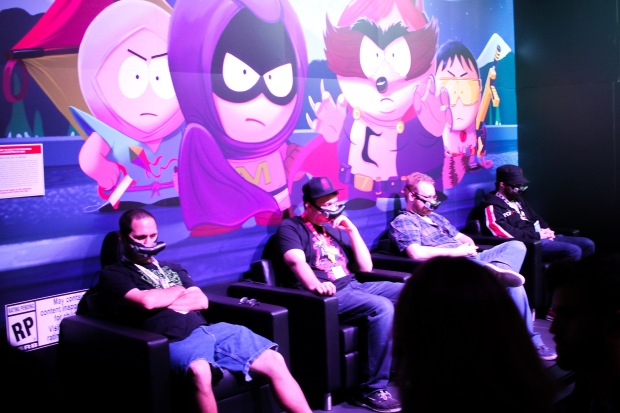 Not sure from this cosplayer hails from, but her presentation is awesome.

A pathway many PAX attendees will easily miss, hidden almost behind the main escalator. For the moment, there is a quiet almost calming ambiance. 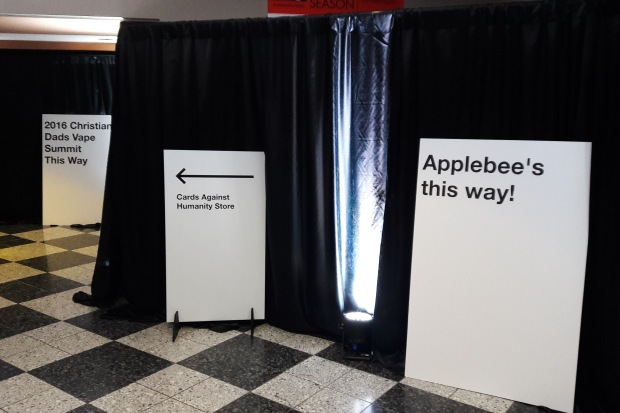 The small room where the Cards with Humanity game and game exclusives are sold, along with some interesting new games (of which I should have written down, but I remember a game called Secret Hitler stood out) 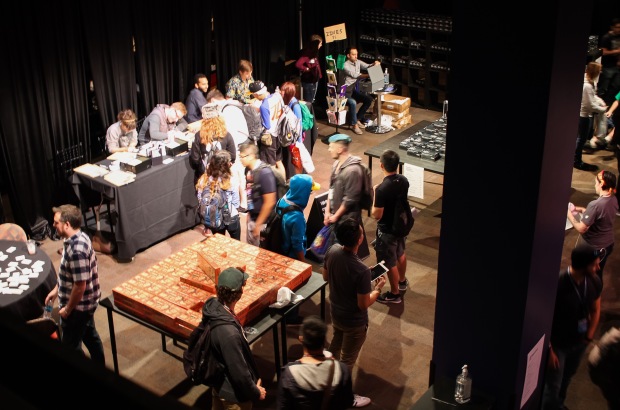 A trio of cosplayers on break.. 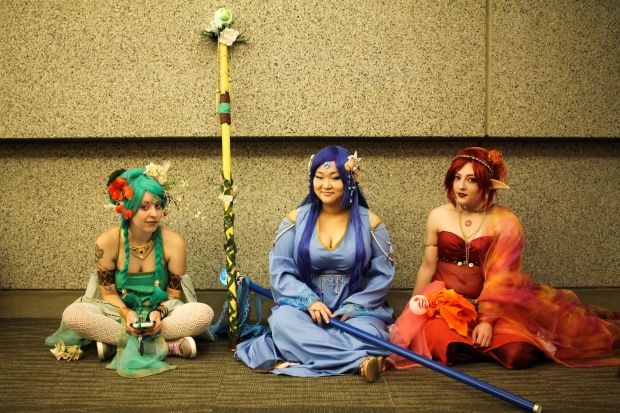 The Nintendo Lounge area, now with a section I think houses the Pokémon crowd… 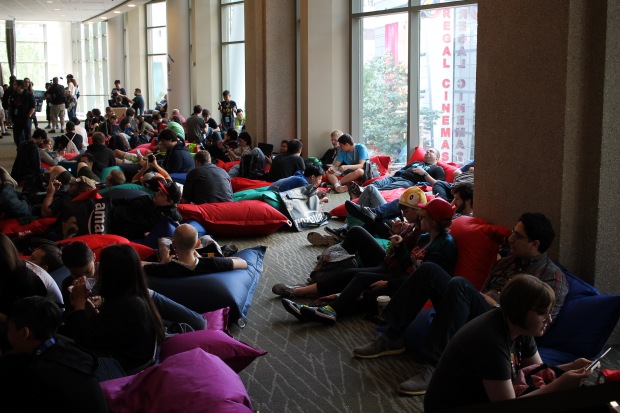 A tense game of Jenga with giant blocks

A Warhammer miniatures game set-up on the Skybridge…

An amazing construct of the USS Missouri made of Lego bricks, to promote the World of Warships game… 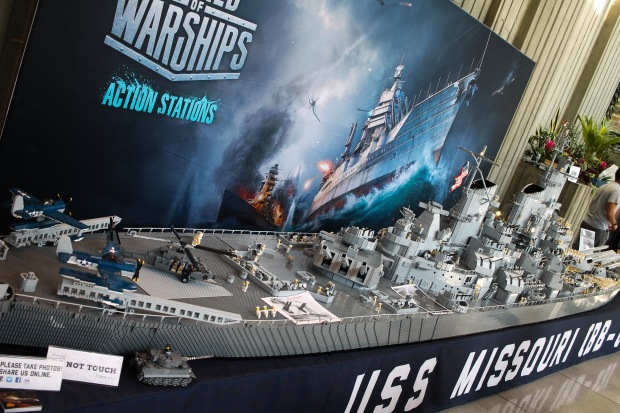 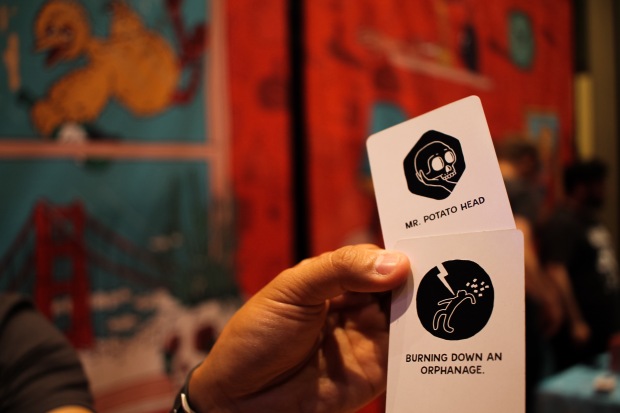 A trip of cosplayers emulating the cast of Metal Gear Solid 3: Snake Eater.

The famous Paramount Theater, used by the Wizards of the Coast company to host their Magic the Gathering card game tournaments and gameplays…

A closer look at that stage… 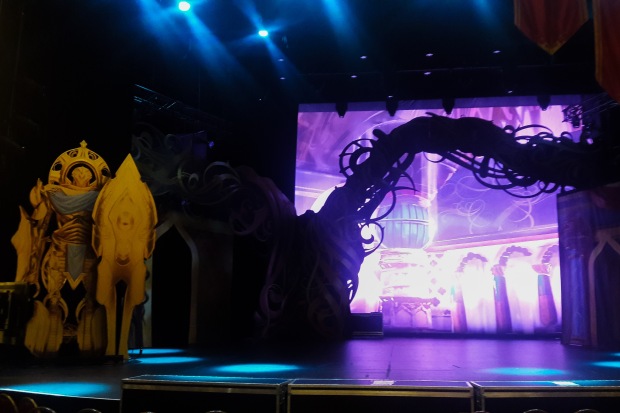 A new game for the Playstation 4, Drawn to Death, where the player fights to survive a demented notebook of sinister sketches. This, was my favorite banner of the show.

Not sure what game this was promoting, but bravo to the awesome puppetry design and craft work.

“Cindy” with her truck promoting the Final Fantasy XV game.

And at the end of my PAX trip, a cheerful gang of Toads!

Well, that’s all for this year, as I look forward to the next.