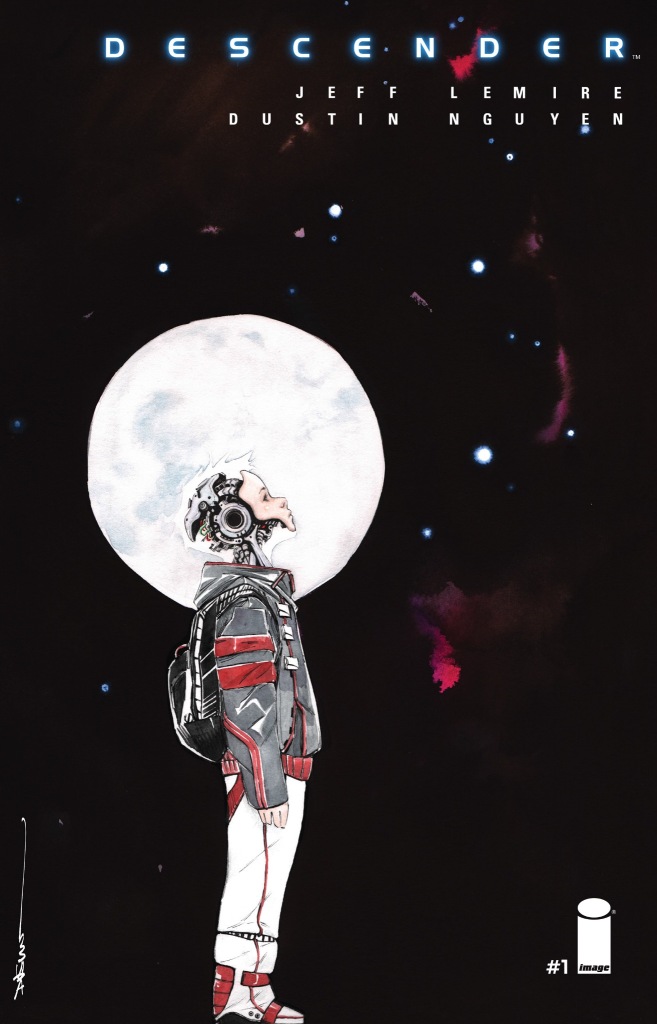 “One young robot’s struggle to stay alive in a universe where all androids have been outlawed and bounty hunters lurk on every planet. A rip-roaring and heart-felt cosmic odyssey that pits humanity against machine, and world against world, to create a sprawling space opera from the creators of Trillium, Sweet Tooth, and Little Gotham.”

A personal favorite writer and brilliant artist of modern comics come together for this interesting new series, that I have looked forward to since its announcement. Descender does not disappoint. It is so far, my favorite new series of 2015. I usually don’t say such a thing for a first issue, but this extra-sized start and heartfelt creative build-up, I am very much on board.

First off, the visuals by Dustin Nguyen delight and give a sense of wonder. His brilliant work style on the Lil Gotham comic series continues and perhaps evolves to this creative future. The watercolor fills and playful contours show a unique science fiction fantasy environment all to its own; bringing us no particular homage to some other great work, as often other new creative artists tend to do (except for some light doses of modern Japanese anime and the Blade Runner movie) . His tone defines the spirit of the book.

I love his urban landscapes; full of dominated brights and darks, complimenting the subject accentuated in importance by some particular visual complexity of the moment; a facial expression or dramatic angle. His characters are enhanced by these interesting environments, which can be subtle but still wonderful at times.  Other times, we also get some fantastic perspectives and rich backdrops, where visuals can tell more than words ever can.. 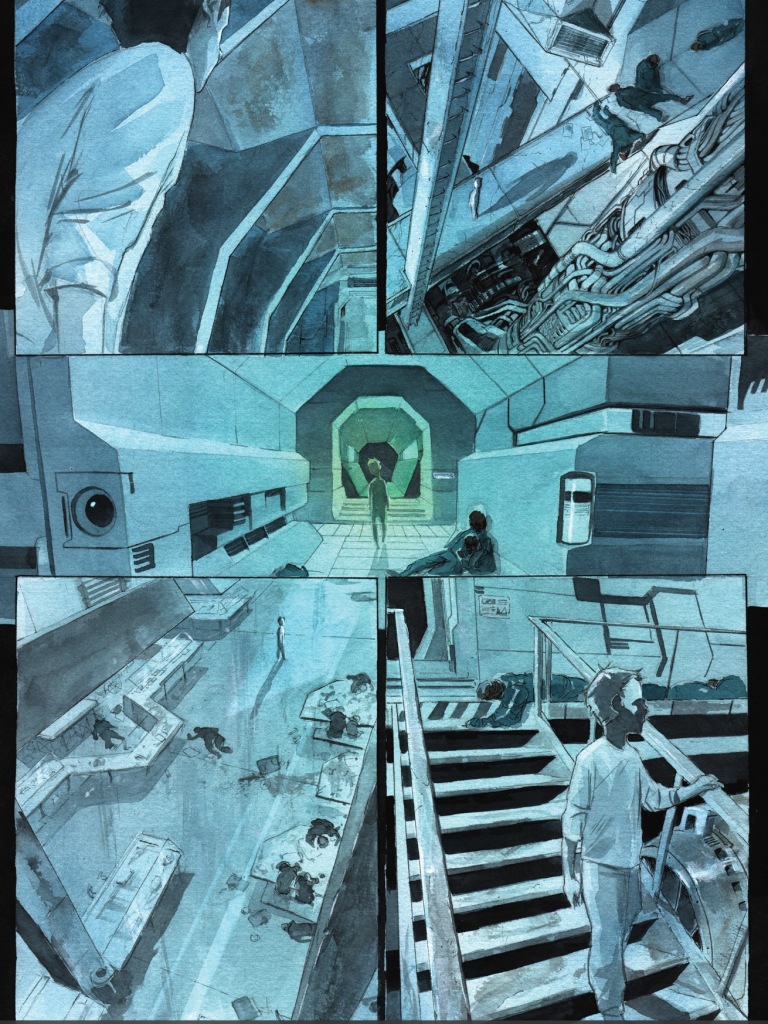 The writing is fantastic throughout, but not too revealing. I have enjoyed the works of Jeff Lemire through many well written works including Sweet Tooth, Trillium, Essex County. He has a style, to promote foundation in the beginnings of his stories. A sense to give just enough reality for readers to build upon and set forth fantastic settings and interesting situations. He has enough confidence in his work, to initially hook readers immediately for the long run, with enough storytelling to satisfy in short chapters, yet invite curiosity and mystery towards future development.

Tim-21, we learn had enough development to otherwise live life as a little boy (like the robot boy in the 1990s movie A.I, is still a robot). He had a mother and Andy (father figure?). He seemed to also have some sort of normal life, yet like the subject of many great epics involving a child protagonist; is removed out of that safe element away from caretakers for now, and put into some danger from near and abroad, as suggested in this first chapter. To add it, he has a cool robot dog thing, and his body has some shifting robotic machinery power. Lemire once again, combines such fantastic elements with the fresh optimistic commentary on human growth and endurance. 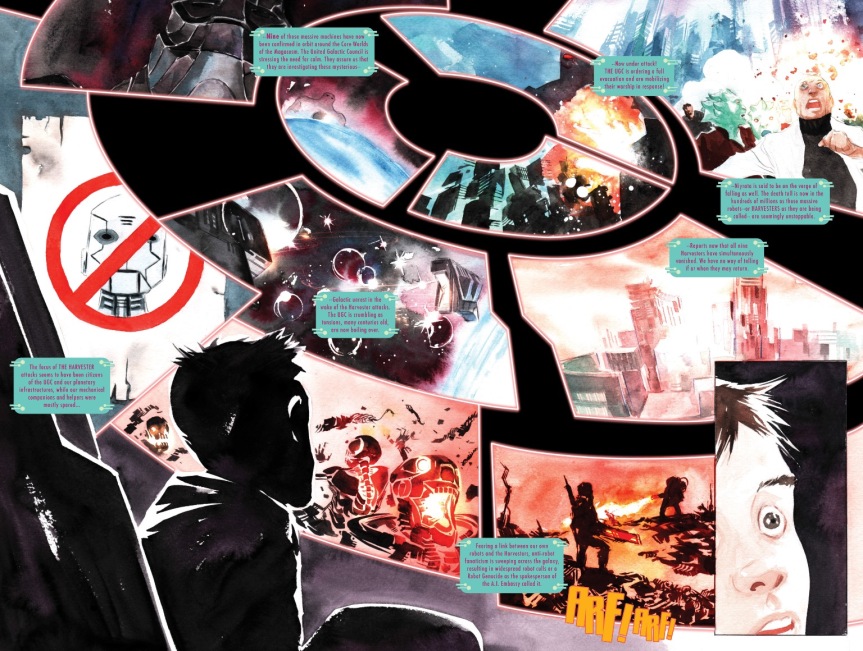 Together, Jeff Lemire and Dustin Nguyen make a fantastic team. The result is an interesting world for the players who partake; for both the readers and characters within. They do it with style, and emotional depth in visuals and sequenced words. That being said, I look forward to more issues of Descender.