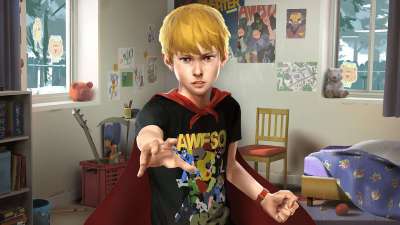 2018 was a year of many small, yet very shiny gaming gems.

Which, I think is something the industry needs, for just being good games without a ton of DLC, loot boxes, virtual currency, adware, and other deceptive practices disguised within what would appear to be a good game. For me, such as a big turn off. I just want to play a good, challenging game with maybe a story or some visual element I can get deeply involved in.

Still, I did play some games in 2018, but also avoided the popular overly large-world games like the Red Dead Redemption 2, Assassin’s Creed Odyssey, God of War. I hear those are good, but I didn’t time to get deeply involved. And, much of that involving additional currency to enhance the game, ended in a huge turn-off.  I also avoided the newer mobile games and multi-player out there for much of the above reason.

Meanwhile, I did have time for some especially great games that made its debut this year. So, here are my favorites for 2018, and the special awards I give them…

BEST ART DIRECTION IN GAME OF 2018

I played this at PAX West and was instantly captivated. Not just with the gorgeous hand-drawn, animated visuals but with the fluid poetic gameplay. It feels like every moment is a work of art, backed an amazing soundtrack. Gris made its recent release debut, and I now find myself falling into its allure all over again.

It’s a role-playing game, and a shooter, and a puzzler sometimes. It’s a beautiful game with old-era graphic done with heavy care and attention, and a fun story added in. While much of it feels like a throwback to the RPG games of the early 90s with anime influences and a large cast of characters, its approach of being a fast-paced shooter throughout gives the style a fresh approach.

Here is a little throwback to the classic Ninja Gaiden run and slash games. The pixellated graphics remind me of the later NES games which really pushed what it could do back in the day, making it feel timeless, and lost for a time (tired of some “retro games” looking to retro). The Messenger brings that back with some classic gameplay and 8-bit music as well, but with the more solid challenge for aged game players.

THE AWESOME ADVENTURES OF CAPTAIN SPIRIT

Cool little free game with no strings attached, set in the Life is Strange universe. You play the role of a young boy living out his superhero fantasy while dealing with real-life problems. Lots of decisions and some moral questions are raised. There is no need to familiarize oneself with the Life is Strange games, which is nice. I will get around to eventually. 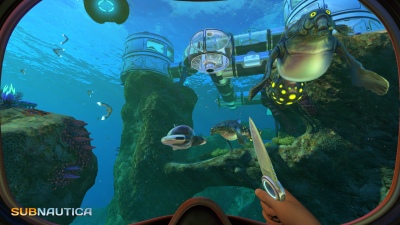 I played a little bit of this and fell in love with its gameplay, story, deep world that feels like an awesome dream, mixed with tense moments. The underwater feel, playful colors, and use of deep ocean physics has me coming back, looking for more and discovering interesting things at a pace I can control.

BEST REBOOT OF A CLASSIC HERO in 2018

It’s the comeback we long-time Mega Man fans deserve. With fluid animations and modern designs without losing all the best parts about the classic games. I love the bosses, silly voice acting, the Double Gear gimmick. It’s awesome, the game is way too short in its final stages. Still, it did well and I hope this will be the standard for more Megaman games to follow. 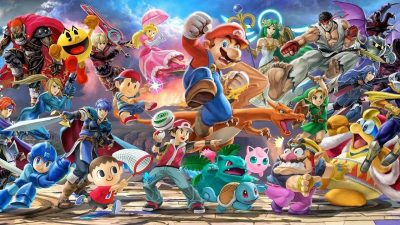 Of course! It’s almost cheating with a roster and winning formula updated with the power of the Nintendo Switch.

THE OTHER BEST FIGHTING GAME OF 2018 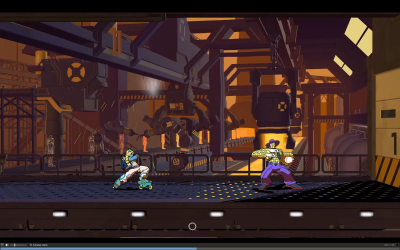 Wow, what a crazy reinvention of the fighting game genre, where much of it revolves around dodgeball like physics. Add some crazy music beats, wacky character designs, and wickedly fast, unexpected gameplay and this is a game that will gain more notice and respect in time.

BEST RESTORATION OF A CLASSIC GAME

ZONE OF THE ENDERS, THE 2nd RUNNER: M∀RS

A beautiful re-render of Hideo Kojima’s awesome PS2 game that doesn’t have Metal Gear in the title, and far more polished than the HD Ps3 version, and also formatted for virtual reality. The story, characters, mech-designs, physics is full of originality and brings out a special uniqueness for those looking for more than great gameplay. The original I feel still isn’t appreciated enough, and now it’s built better for a new generation to enjoy, while fans can enjoy it further.

That’s all the freshness for 2018 from me. If there was something else I should have played, please share in the comments below!