Awesome craftmanship by the local fandom, gathering under the spring cherry blossoms

This weekend, I spent some time around but not inside the 2018 Sakura-Con, an annual event for the fandom of Japanese style of anime, manga, gaming and its cultural influences on related modern pop-culture, held in downtown Seattle.

I sadly did not attend this year, not having enough time for the membership purchase this time. But, I did have some hours to spend outside the show, among the beautifully fresh bloomed sakura trees and colorfully dressed people.

Out of the many conventions and fandoms, the cosplay representation at the Sakura-Con (among other big anime cons) remains among the best. I took some pics of the many displaying their well-crafted attire present, with some notes below:

The main area throughout the day held impromptu dancing set to J-Pop, along with glomp circles, meet-ups, games, and other fun.

Cosplaying is still the big thing here as usual, always fun for geek fans of the related pop-culture varieties to express their love and appreciation by dressing in elaborate costumes. 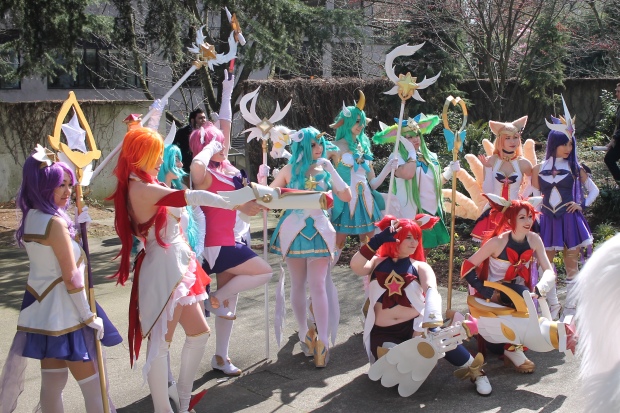 Group meetups among the cosplayers are often planned. Not sure, which property this is above. 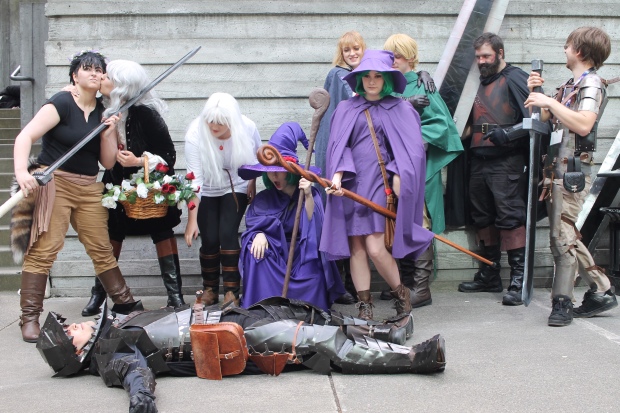 One of my favorite anime/manga series that I have been following for over 20 years now is Berserk. Not a big gathering, but wonderful to share in-jokes and discuss developments among each other. 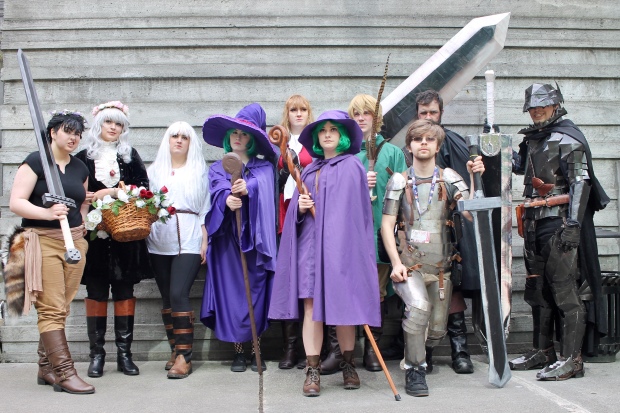 A group shot of the Berserk gathering here.

Usagi Yojimbo, the samurai rabbit is ready for this Easter Weekend. 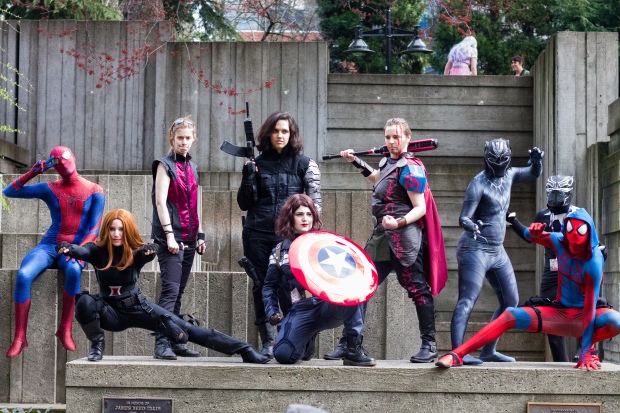 A group of Marvelous people, ready for the Infinity War.

Not the Pikachu, but Mimikyu, who according to Wikipedia is “dreadfully lonely and in an effort to emulate the popularity of Pikachu, wears the Pikachu-like costume in order to make friends.”

More Overwatch cosplay as some Junkrats and a Roadhog get together.

Lots more Overwatch cosplay, with more than my camera can handle.

From Voltron, Haggar the Witch

Deadpool seeks to blend in. 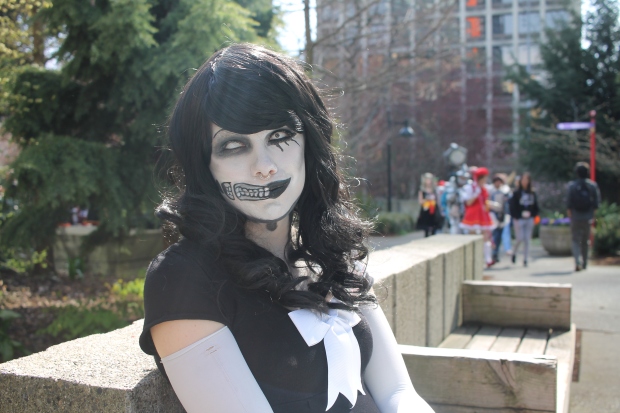 I was told this costume is from Bendy and the Ink Machine, a cult indie game that I should check out.

Not sure on this anime property, but her staff and pose style is awesome. 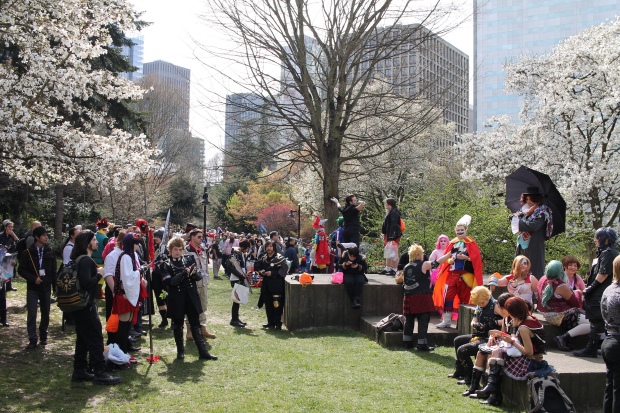 And there was a lot of Final Fantasy game cosplay around, with a heavy focus on XV. There were two gatherings, of which I took many pictures. I personally love the Final Fantasy games, as I will dedicate the next cosplay installment to the local meetups here, soon.