Last week, I attended the PAX West 2017, an awesome event of video and tabletop games. I wrote some words about it in a recent Part 1 post, where I shared my pics and observations on the main Expo Hall.

Now, I share the rest, which I found much more exciting and expansive. Below are more pictures and notes of select moments of this fun show. Take a look!

I spent much time on the sixth floor checking out the PAX 10, a select group of indie games hosted by their creators. Among them, West of Loathing caught my eye for its interesting, fun choice of style.

Also among the PAX 10, I enjoyed Tiny Bubbles, a puzzle game that feels therapeutic and comforting. I like to see bubbles pop. 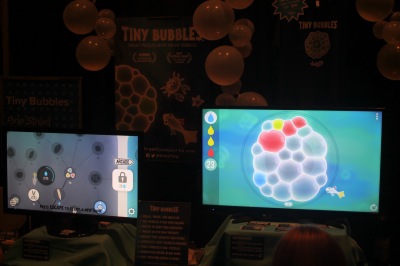 An interesting side thing happening among the indie games out there – cartridge games developed by gaming fans for old console systems. Retrotainment Games showed some interesting new game cartridges, playable for the NES.

This PAX West, I also attended many panels. This panel, was about the Youtube gameplay streaming scene, hosted by the Gaming Grandma, Shirley Curry.

Another panel, this on overlooked job opportunities among game company developers. This chart gives a good look at what’s out there for those interested…

The Nintendo Metroid Panel focused on Samu’s return to the 2-D platform for the 3DS. Much was shown, but the highlight for me is this fan-art by James Franzen (@goshadale)…

In light of Metroid, here is some amazing Samus cosplay… 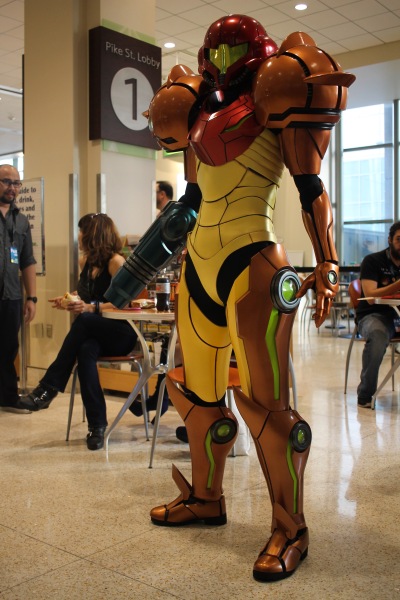 Another panel on game writing. Lots so helpful advice on creating fiction in the world of gaming. 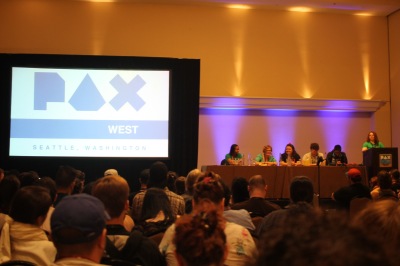 A personal favorite of PAX in the past years; the Late Night Dub Fight..where a group of comedics improv and dub various (and some very familiar) cartoons and live-action video clips. 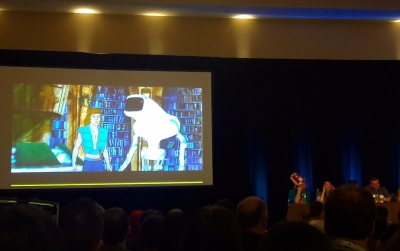 Also around PAX West, many board games. Sometimes, just seeing one with a lot of setup is a beautiful thing to photograph. I didn’t get the name of this, but I really want to play it 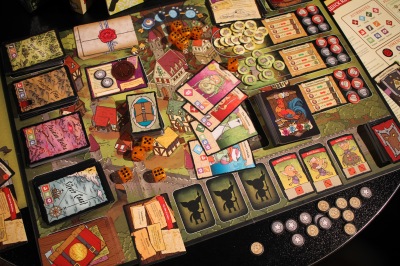 In the basement area kind of hidden, was the Indie Megabooth for tabletop gaming. Some very fresh, and just getting the word out on their games. Here is Sarah’s Singularity, a game of time travel and alternate timelines.

Also much enjoyed in the same room, Cult Following. A game involving cults, with a lot of goofy aspects to it.

Someone Had Died, a game that caught my interest most so. It’s a game of winning an inheritance, by building upon a story following someone’s sudden demise. 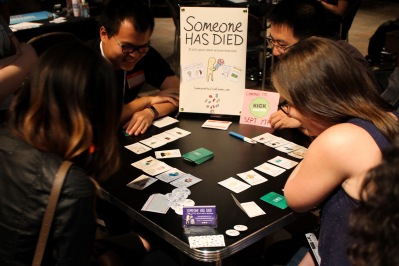 Another new game of interest: Now Everyone get the F%$# Out,  a game of drunken party antics. The game creator (I didn’t get his name, argh) gave me a spirited introduction.

Back to the main floor, and more cosplay. Here is some lovely Final Fantasy XIV presentation. 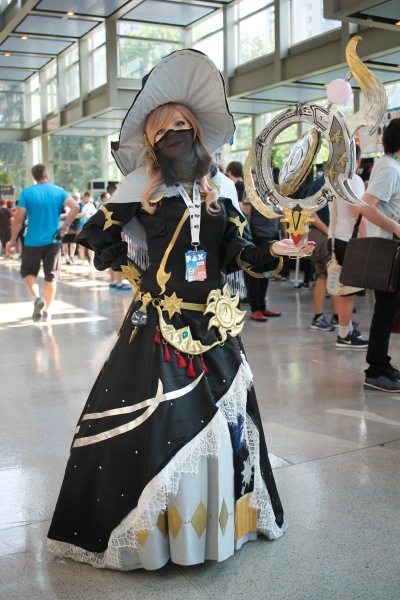 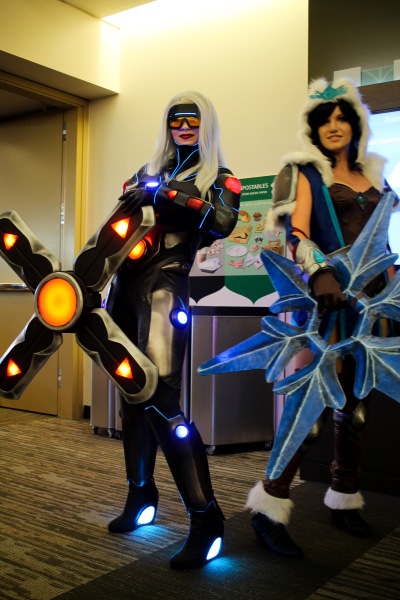 Not sure on this group. I like the costumes. 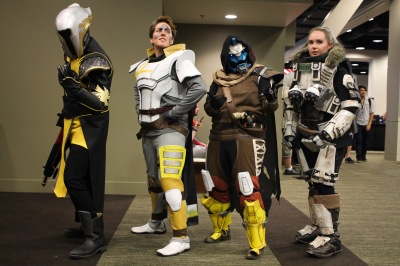 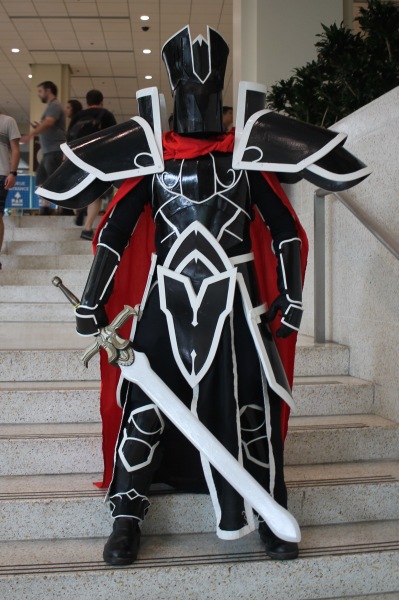 The final morning of the grand PAX West adventure, greeted by some of the ever-awesome PAX Enforcers (paid volunteers of the show).

One thing I loved about this convention vs. other shows, is the line entertainment brought on by some of the PAX Enforcers. Some had goofy games to share, others played music. Overall, a great dedication from the managment to try and make more minutes of the show count.

One of the many music concerts, tributing game music and culture. Here jamed the Bit Brigade, remixing the old NES Batman while it played on in the background.

The last event attended for me, was the Omegathon: Final Round. This being a competition of a surprise game chosen (Nidhogg 2) for the 2 final players. The match was quite exciting (but was interupted with some technical difficulties). 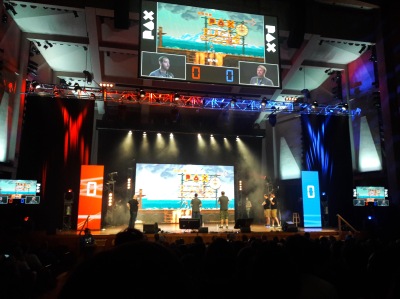 That’s all for now. I very much enjoyed this PAX West, with so much done and new friends made, games discovered, and many cheers put out. I look forward to the next year!