“A television anthology series that shows the dark side of life and technology.”

The current series sits at two seasons adding up to a total of six episodes and a Holiday special. A third season will première on October 21, 2016.

A look back (Spoilers):

Having been described as a modern-day take on Twilight Zone, Black Mirror presents a new storyline coupled with new characters every episode, all presenting the theme of technology and postmodern life. Despite the role of technology so heavily driving the plot, it is not an overpowering presence; allowing it to frame the progression, and not lead it. Black Mirror features plot progression through interaction, not focusing mainly on plot devices. This way, the events seem more real, and relatable than a typically jam-packed action plot of the typical American sci-fi.

Illustrated through a new plot every episode, Black Mirror takes a psychological approach to the topic at hand, allowing the viewer into the mind and thought process of the characters in question. It allows a deeper connection and understanding, granting more relatability to the character than through thoughts and actions alone. 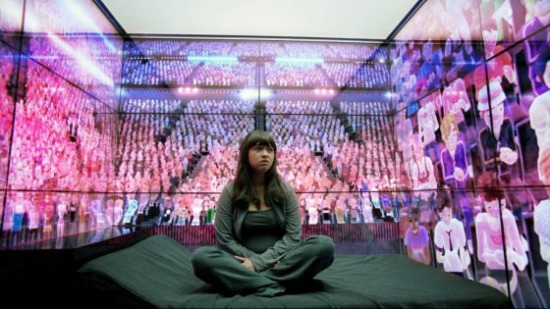 Dark, emotional, intriguing, and mysterious, this show leaves the viewer questioning almost to the end about what will happen. Through out each episode, I analyzed the plot and created predictions, expecting the storyline to follow accordingly; but every single time, I was wrong. Following the plot, the change is so smooth that the initial hitting factor is not out there and ridiculous but slow enough to a real and understandable shock.

Much like The Twilight Zone, the viewer delves into a fully developed and thriving world, left to observe and create conclusions based on what is in front of them. This world, much like our own, has distinct differences and an order that which all characters follow accordingly. From rice-sized memory recording chips to the ability to fully block a person in your physical life, each technological advantage frames but does not lead the storyline. In drastic contrast to other sci-fi series of similar nature, the technology does not absorb the narrative. Apart from a few differences, most of the world is recognizable, leaving all other aspects unchanged. 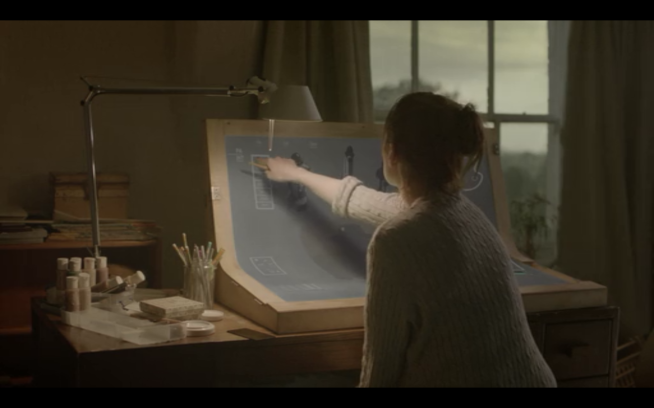 Through out each episode, the storyline focuses on the characters involved, highlighting their relationships, interests, occupations, mindsets, and overall characteristics to create a personal and intimate understanding of them. In no way is it difficult for the viewers to place themselves in the character’s shoes, looking at the topic at hand through their eyes. I do not believe there was a single character that I could not empathize with, the connection so strong that all motives were understood.

Black Mirror does a wonderful job on manipulating viewer emotions, not only through that deep connection but through setting. The series is no stranger to using lighting or music to its advantage. In the second episode of season one, one of the main characters uses a song for an audition, ultimately disappearing and never being seen again. To hear those lyrics being sung five episodes later brought back those initial emotions, flooding me the sorrow and fondness I had initially felt.

Black Mirror can easily be described as one of my new favorite shows. Upon watching the first and second episode, I fell in love with the characters, storyline, and general theme coupling its execution; all in all creating an experience that I had not witnessed with any other show. Black Mirror prides itself on taking the topic at hand and breaking it down into smaller segments, covering each part in such a way that even the tiniest details are shown in depth.

Through out the six episodes and holiday special of season one and two, my favorite episodes would have to be episode one and two of season one. The thought and emotion put into these plots really grabbed me, leaving my eyes glued to the screen until the very end. With the goal of grabbing and pulling a viewer and their interest in, I would hands down say that Charlie Brooker did a wonderful job.

Episode one, The National Anthem, presented many different takes on one situation: the kidnapping and holding of Princess Susannah, the Duchess of Beaumont. Through out the narrative, the situation highlights the lack of privacy and opens conflict in a modern world. In 12 hours, news had spread from a youtube video left up for seven minutes, to a global knowledge. With the kidnappers making the ransom video publicly known, it allows the information to be open to anyone, not allowing the politicians to keep it hidden and discreet. Par the request of the kidnappers, the Prime Minister must perform unsavory actions with a pig, promising the Duchess’s safe return if all conditions are appropriately met. On top of the struggle to save Princess Susannah, a moral and emotional dilemma is added to the mixture by means of the Prime Minister.

To have such a curious and far fetched idea be the first episode of a new series, the viewer cannot help but be drawn in from the questions that surrounds the topic. How will they attempt a safe return? What steps does the government take to go around such a vulgar demand? To what further extent do the kidnappers go to ensure they get their demands met? And finally, what is the ultimate decision of the Prime Minister?

As of late 2015, the movie streaming company Netflix has now commissioned the creator for a third season, originally consisting of 12 episodes. Currently, Black Mirror is set for its Season Three of six episodes. Perhaps a fourth will follow with the same amount will follow.

Based on the trailer alone, I do have high hopes for this season, wishing that it will fit those shoes season one and two had filled. The presence of technology in everyday relations seems to flow over, but the sci-fi aspects and societal changes appear to be one of the ultimate differences. Whereas the original allowed the world and its holdings to remain unchanged, the snip-it suggests that everything has changed following the advances of technology. The tone and drama are still there, themes appearing to highlight smaller aspects of a larger problem.

Initially, I was very excited for a third season. The two previous captured me, holding my attention tightly and not letting go until it was over and there was no more. In short, I wanted more. According to my personal bias, I am always against sequels, feeling that the original fit the picture the best; but in this instance, that bias was completely thrown away. Following the brevity of the past two seasons, I felt that a third one would fit along perfectly. To now hear that this third season’s creation is through a separate vendor, I find myself uneasy.

While Netflix has done a wondrous job with titles in the past, I fear that it will not have the same tone and success as the original did at captivating an audience. I fear that while it will hold the same name, the emotion and message will be lacking now that the episodes are not so far, far, and artfully crafted. It is a commissioned work, however, so it can be assumed that the same themes and aspects that we all know and love about the original will carry over.

At the end of the day, I hope for the best. Just like all other fans, I await anxiously for another installment.